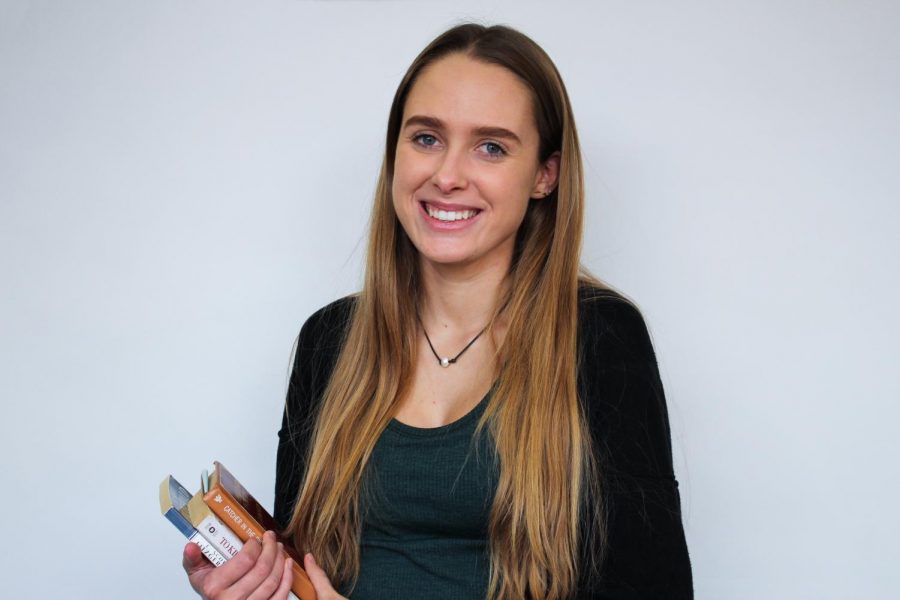 Senior Anna Keller is one of the four that was honored with being a BSM salutatorian. To be a salutatorian Keller had to maintain a 3.99 GPA.

Anna is unlike our other three salutatorians and our five valedictorians because this school year is her first year at BSM. After moving from Fort Worth, Texas, Keller still managed to keep her outstanding GPA. “It was actually kind of easy because I didn’t do many activities at the beginning of the year so I really only had school to focus on,” Anna said.

At her old school, Anna participated in National Honors Society, Spanish Honors Society, soccer, track, and was a student ambassador. Being an ambassador for Nolan Catholic High School was the most influential activity she participated in throughout high school. “It really taught me how to show people the best parts of your school and how a person’s experience with an ambassador can influence their decision to go there,” Anna said.

Anna spent most of her first semester at BSM getting used to the workload, students, and teachers, which made it her hardest semester here. Though, overall, her sophomore APUSH class was the hardest class she took. “It was a lot of studying outside of school which I wasn’t used to along with teaching yourself the material outside of school,” Anna said.

Sophomore year was also the year that Anna lost her perfect 4.0 GPA in Physics. She was not very upset to get the A-, as she would have loved to keep her perfect GPA. “I worked hard in the class, but it was really challenging for me,” Anna said.

Anna is attending Villanova University in the fall, where she plans on studying communications while getting a minor in Spanish. She also hopes to study abroad in London or Spain sometime throughout her college career.