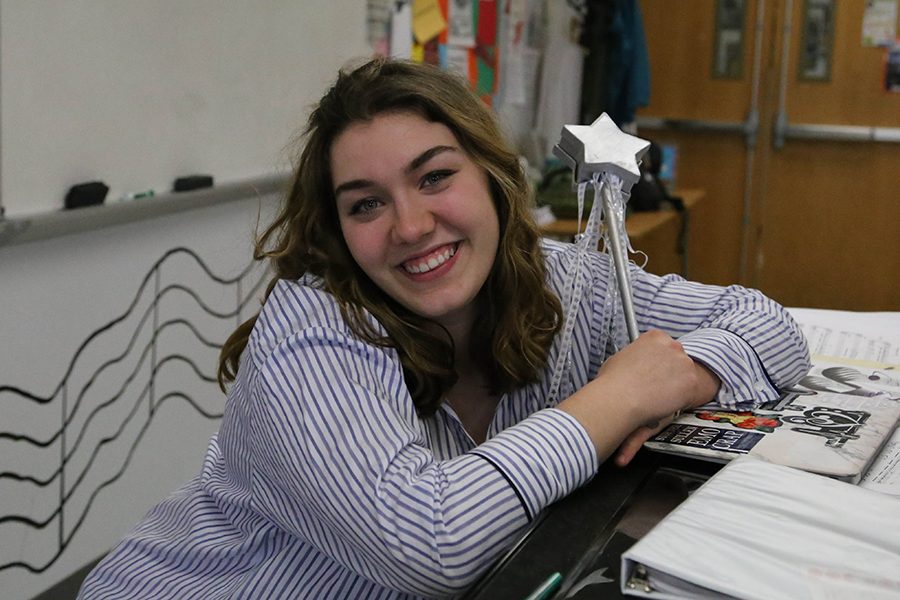 Maddie’s passion for the arts is evident in her participation in the BSM Choir and musicals, along with her volunteering at places like Lundstrum Performing Arts.

It’s clear that Maddie Schafer is an active participant in the BSM community because of involvement in BSM’s music and theater programs, but she is also a beloved member of the community because ofher infectious positive spirit. Maddie’s involvement in BSM’s theater department spans all the way back to third grade, when she participated in a summer acting camp at BSM. “I’ve been a part of the theater department as long as I could be… It’s also come full circle because I led the drama camp this summer. It was really fun to have been in the shoes of the kids, I remember thinking ‘Wow! High schoolers who do theater? That’s so cool! I’ll never be good enough for
that,’” Maddie said.

On top of her work in the drama department, Maddie has also made use of her talents as a member of BSM’s newest musical addition, the Red Knotes. Being a part of Red Knotes has given Maddie a host of new experiences and opportunities. “It makes me feel like, with my lack of sport in high school, that I’m part of a team. We get to go and compete together and practice as a team, so it’s like that feeling is cool to experience for someone who just hasn’t had that in awhile, so it’s been fun to be a part of it,” Maddie said.

[Maddie] is a young woman of strong faith, impeccable character and positive spirit who will no doubt change the world for better”

From the sheer number of activities that Maddie has thrown herself into at BSM, it’s not surprising that she has been able to build lasting relationships with many of thefaculty that have helped support her as a student and as a performer. “[Maddie] has an incredible amount of talent and is one of the nicest and caring people I have met. She is always willing to mentor younger students and volunteers her time unselfishly at school and church. She is a young woman of strong faith, impeccable character and positive spirit who will no doubt change the world for better,” music director and choir teacher Nancy Stockhaus said.

Besides her extensive participation in school activities, Maddie also dedicates a portion of her time to teaching classes at Lundstrum Center for the Arts. At Lundstrum, she’s taught young children, as well as kids with learning disabilities. “Teaching them has changed my life totally, and it’s really cool to see how all of the stuff I’ve been learning can impact other people’s experiences,” Maddie said.

Next year, Maddie will be attending the University of Minnesota-Duluth to study Musical Theater as a part of the school’s Bachelor of Fine Arts program, which boasts one of the best programs in the country for aspiring actors. After she completes her degree, she hopes to join a local theater company here in the Twin Cities. “UMD has a really good connection with the Chanhassen Dinner Theater, they basically pick BFA students to act in their plays. So I can work there and get job security in a field that’s sometimes iffy. To do something that
I love, and be somewhat successful in it would be amazing. I don’t know if Broadway is in the future, but we’ll see!” Maddie said.