If the progress made a the Korean peace talks transform into action, President Moon Jae-in deserves the Nobel Peace Prize for his work to build a better future for Korea. 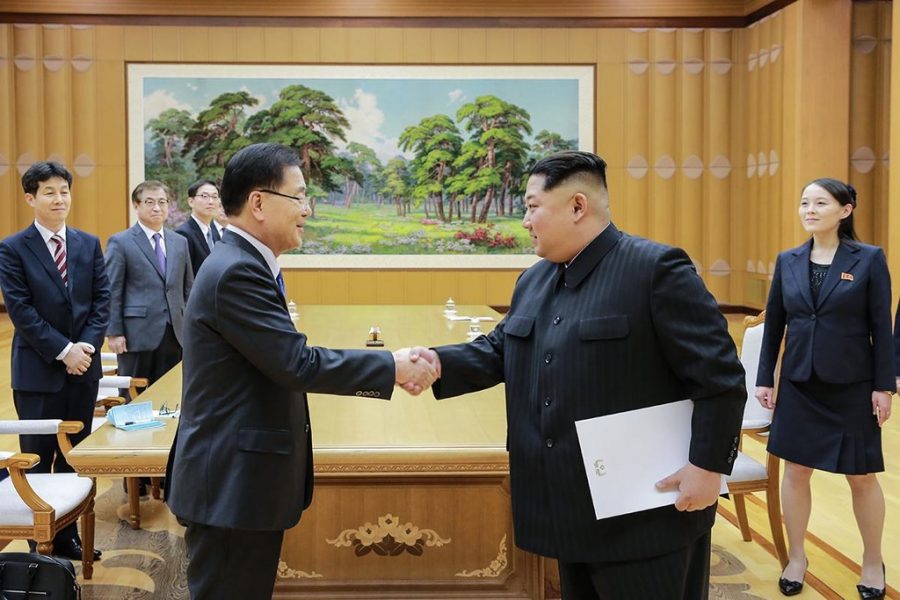 On April 27th, the two Korean leaders rewrote the long history of a 65-year war. The DMZ had symbolized division which had left many families separated and civilians fearful for decades. At the very spot, however, President Moon and Kim Jong Un vowed to end the prolonged war. The historic summit marked the new beginning of Korean peninsula. The DMZ is rebranded as a symbol of peace and hope. Along with their commitment to permanent peace, they agreed to halt nuclear tests, to establish a joint liaison office, and to host an inter-Korean family reunion.

A unified Korea still remains a pipe dream for both sides. The progress that has been made over the last several months, however, does hint to a brighter future. Currently, Trump is being credited for these prolific advancements and the GOP lawmakers are pushing for a Nobel Peace prize bid for the president. Although the summit did happen under the Trump presidency, President Moon and his government deserve far more credit for his diplomatic approach.

Just last year, the Koreas were on the brink of war. North Korea tirelessly fortified their intercontinental ballistic missiles and South Korea was extremely cautious in foreign affairs. At that time, South Korea’s neighbors and the United States weren’t very beneficial allies. President Trump and Kim Jong Un had attacked each other with names like “dotard” and “rocket man”; Trump took a militant approach saying “[North Korea] will be met with fire and the fury like the world has never seen” instilling fear of the next World War on not only the Korean people but also many citizens around the war. The United States and Japan had enforced “Korea Passing” which indicates that countries overlook and ignore South Korea when it comes to North Korea issues. According to Tara Francis Chen, “Earlier in the year, during a period of intense North Korean military action, Trump held talks directly with Japan and China but not South Korea, and was accused of “skipping” the country. In September, Trump was accused of “bypassing” South Korea when the US independently flew fighter planes from a Japanese base towards the coast of North Korea.” The diplomatic isolation by the United States had only worsened the situation; missile tests continued and there were still zero diplomatic talks scheduled.

President Moon took office last year after a disgraceful impeachment of his predecessor President Park. He avidly ran his campaign on peace and fair politics. He has been fulfilling his promises by continuing the sunshine policy South Korea’s former liberal presidents had initiated. Since Moon’s tenure in the office, there have been historical milestones in relations to inter-Korean politics. For the Pyeongchang Winter Olympics, girls hockey team played under one unified flag, Kim Jong Un’s sister Kim Yo Jong attend the winter games with her delegates, and later this year, Kim Jong Un met with President Moon as the first North Korean leader to visit the South. President Moon had been patient with the North and started a dialogue with North Korea. After, South Korean delegates met with North Korean officials, they were also able to schedule a summit between the U.S. and North Korea.

Peace is long overdue on the Korean peninsula. Instead of just a band-aid solution, the two leaders have presented ideas like denuclearization and offering a comprehensive and far-reaching plan to secure peace for both countries. Today, it’s mostly Kim and Trump making the headlines but I believe most credit should go to President Moon. Despite “Korea Passing”, President Moon put himself in the driver’s seat sidelining China, engaging the United States, and being patient with North Korea.

Although many promises were made, there are more deeds to be achieved, historical milestones to be set, and many more talks to be held. Both leaders have expressed their ultimate interest in complete peace and commitment towards reunification. If the conflict is settled in Korea, all world leaders should be applauded for their efforts towards world peace. Most of all, however, President Moon should be credited for his exceptional diplomatic skills and his achievement as the president who ended the Korean War.