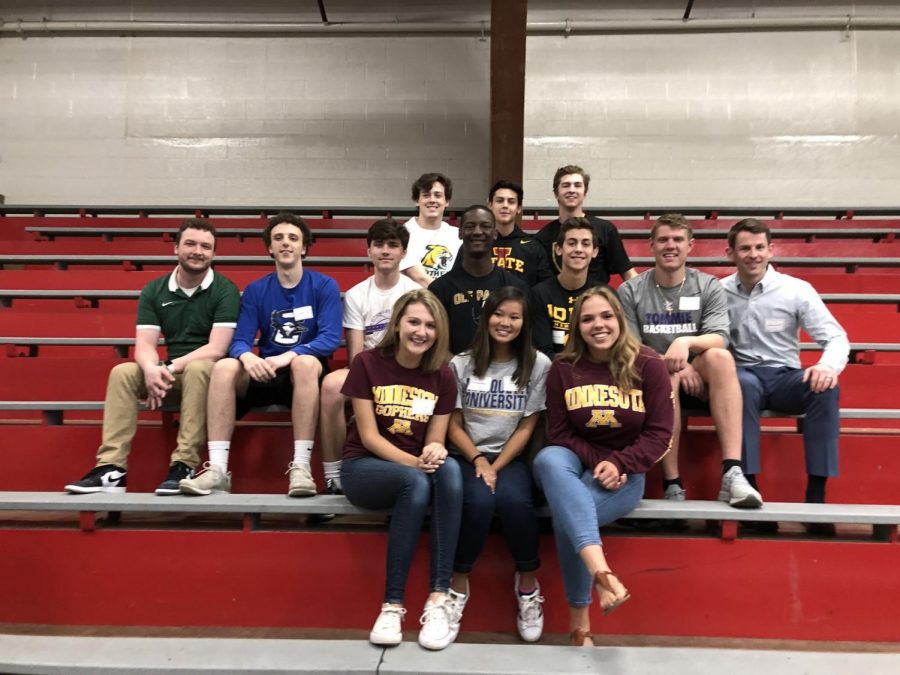 BSM’s fourth annual breakfast for alumni and senior students was a success, with over 70 alumni returning. The event took place on Tuesday, May 1 and was coordinated by Ms. Mary Fran O’Keefe, who has been involved with BSM for 41 years.

Breakfast took place in the Great Hall, where each table seated seven or eight seniors along with two or three alumni. Those in attendance included from graduates in the 1980s all the way through graduates from the class of 2013. “We try to mix the ages a little bit but maybe try going with some of the younger alumni just because that’s a more recent experience to relate to, but they’re also the ones who have a harder time getting off work,” O’Keefe said.

The breakfast is a great way for seniors to connect with graduates who have made it through college and are now involved in careers in all kinds of industries. “We hope students pick up some little tidbits about college, internships, and life after college. And then that whole college picture taking thing at the end has turned out to be a really fun part of it,” O’Keefe said.

As far as reaching out to alumni, O’Keefe has the process figured out. “First we start with alumni we know are in the area, in kind of a variety of fields. Obviously boys and girls, but also people that we know are fairly outgoing. I mean you can’t have a shrinking violet come and be the person at the table with the students,” O’Keefe said.

The enthusiasm for alumni who choose to attend often triggers a domino effect. “Then they’ll say, ‘oh gosh’, my friend wants to come, or have you asked so and so? This year, probably for the first time we were more intentional about getting siblings, so that’s kind of fun too,” O’Keefe said.

Additionally, O’Keefe has made changes to the event to try to make it as meaningful as possible for students and alumni. “We used to have tables of boys and tables of girls. We had some not so great experiences with that, so we decided to mix it up and do some more random seating. The goal was to do it randomly but try to make sure everybody had at least one other person they know. What used to happen was that if it was a whole group of friends, they would all just chat with themselves, and they wouldn’t talk to the alumni,” O’Keefe said.