Pointless and worse than expected, "Sherlock Gnomes" isn't what fans of animation were hoping for. 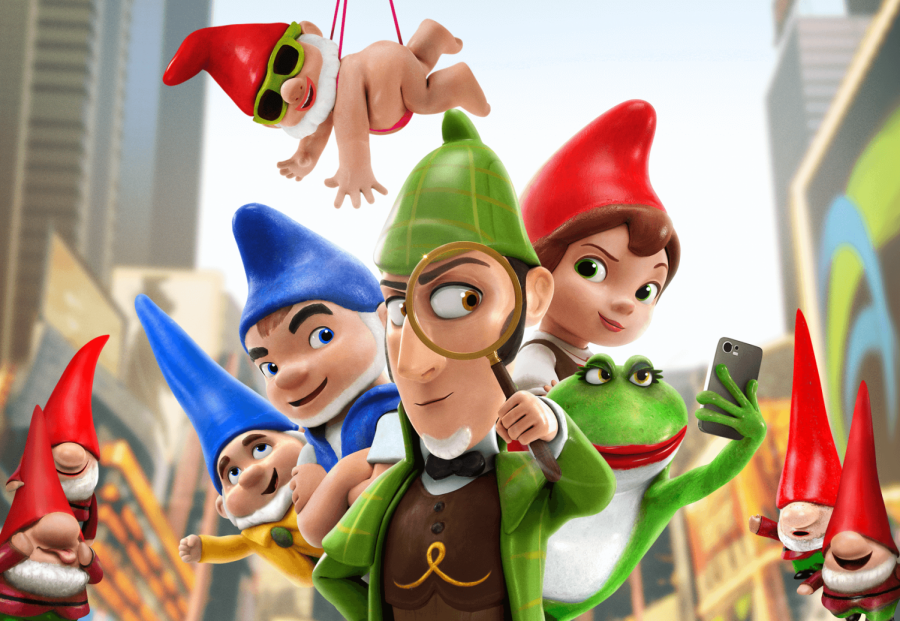 No one expected Sherlock Gnomes to be good. And it was no surprise when critics, even KE's own Brenden Lempe, attacked it and then forgot it.

As a survivor of both The Emoji Movie and Minions I have built up a pretty high tolerance for terrible animated children’s movies. So, when I saw the trailer for Sherlock Gnomes I felt nothing. I had lost my capacity to hate. Not even the sight of a Sherlock Gnomes hideously discolored goatee was enough to set my heart ablaze with fury. Sherlock Gnomes emotionally killed me.

Honestly, I’m not even sure why I decided to subject myself to this movie. I knew it wouldn’t be goo,d and it didn’t seem to be shockingly terrible like other animated atrocities such as Norm of the North, so why did I go? I think it really boiled down to a sense of obligation. As a fan of animation in general, I enjoy seeing how the medium evolves as the years march on. I suppose I was curious what Sherlock Gnomes meant for the animation industry as a whole. After seeing this film I can safely say that Sherlock Gnomes is one of the most stagnant and unsurprising movies I’ve ever seen.

The plot of Sherlock Gnomes revolves Sherlock Gnomes (voiced by Johnny Depp) the world’s greatest literary detective––in lawn gnome form––who has dedicated himself to protecting all of gnome-kind and stop the evil plans of his nemesis Moriarty (Jamie Demetriou) alongside his faithful companion Watson (Chiwetel Ejiofor). After a series of gnome-nappings occur all across London, Sherlock and Watson are forced to work together with Gnomeo (James McAvoy) and Juliet (Emily Blunt) from the previous movie to save all of gnome-kind.

You may have noticed that I said “from the previous movie” when describing the characters Gnomeo and Juliet. As it happens, Sherlock Gnomes is actually a sequel to the 2011 film Gnomeo & Juliet. I’m not sure why Gnomeo & Juliet of all things needed a sequel nearly a decade after its release, but it’s what we got.

As far as sequels go I’m not sure how this movie holds up since I only saw a small portion of the original. However, as a stand-alone movie, I can say that Sherlock Gnomes offers very little. The most interesting concept in this movie is how inanimate lawn decorations can come to life, but there are movies such as Toy Story that explored this idea long ago with much more detail. Why are these lawn ornaments alive? Why are their gnome clothes sometimes fabric and sometimes ceramic? I don’t know. I’m not even sure why the decorations hide from humans. The toys in Toy Story hung out with humans because they wanted to be loved and played with, and they stayed hidden because it would be weird to throw a living being in a toy chest every night. All the lawn gnomes do is stand there and look pretty without any human interaction. There is no point.

Ultimately that’s the biggest problem with Sherlock Gnomes: there is no reason, or point, for it to exist. It isn’t telling an original story since it’s borrowing so heavily from literary classics. I’m inclined to say it is unfunny to general audiences considering I didn’t hear any children laughing in the theater. Even the animation is fairly lackluster looking like an odd mix between the original 2011 Gnomeo and Juliet film and The Nut Job 2: Nutty by Nature. All of this compounds to create a thoroughly forgettable experience. After I’m done writing this I’ll probably forget everything about this movie, which is probably the worst fate any movie can suffer. Even The Emoji Movie, as terrible as it was, is memorable for just how awful it is. Sherlock Gnomes is aggressively mediocre, and there isn’t any amount of lawn gnomes in thongs that can fix that.