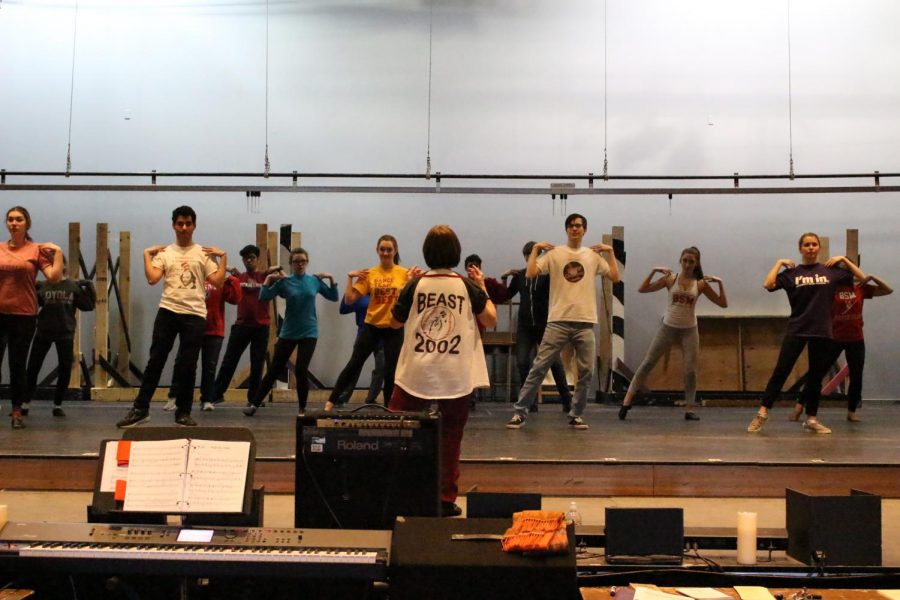 This year's spring musical, Cinderella, will include several seniors who are participating in a BSM production for the first time.

As Cinderella makes its BSM theater debut this spring, a couple of seniors are branching out and making the most of what’s left of their senior year. Some students are playing new sports, some are volunteering, and some seniors are trying out for the musical for the first time.

Because it was these seniors first time auditioning, they did not know what to expect. For first-timers especially, the worry of being tested on their singing, dancing, and acting can be even greater. “I didn’t really know what I was getting myself into. I was expecting to have to sing a bunch, but that was not the case,” senior Max Byzewski said.

Each auditioned differed based on the part that the seniors were auditioning for. Sarah Hansberry only has a background in dancing, so she auditioned to be a dancer in the musical. “While I was the lead in musicals in middle school, I only really have background with dance. I am a double-state dance champ, and I have been dancing for four years,” Hansberry said.

Other seniors were also surprised on what they had to do during their auditions. “I auditioned for whatever they would take me for. I was hoping a tree or better,” senior Noah Bridges said. This meant that he had to sing and dance during his auditions. With no background in musicals, he didn’t know what he was getting himself into. “I thought it was going to be more nerve-wracking. It wasn’t really too bad. The singing was the easiest part, but the dancing was horrifying,” Bridges said.

Dancing seemed to be the part of auditions that kept everyone on their toes. “I liked the singing, but the dancing was rough. I looked like a fool”, said Max Byzewski.

Many didn’t know how much of a time commitment the musical would be. “I was pretty confident in my abilities. The only thing that brought me down was the fact that I couldn’t go three times a week because of my job”, said Byzewski.

Whether each senior is performing in the musical or not, all seniors agreed that auditions were not as bad as they were expecting. “They weren’t as bad as I thought they were going to be, and it was a lot easier than I was expecting”, said McCracken.

The seniors and other performers of Cinderella will be working hard for their upcoming shows on May 4th, 5th, and 6th.