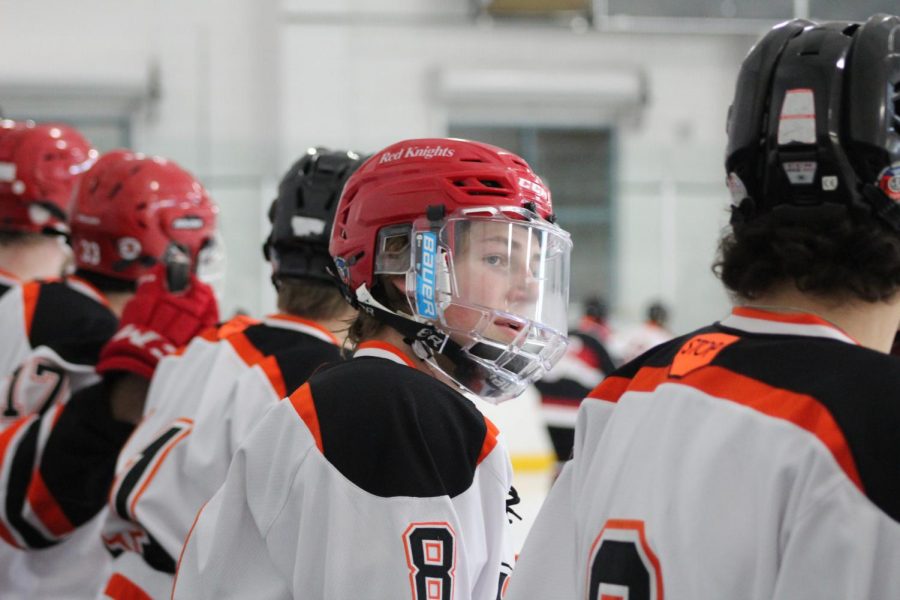 After a tumultuous beginning to their season, the Flyers have a shot to compete at the State level.

An initially lackluster season for the St. Louis Park Flyers has taken a sharp turn for the better. On Thursday, March 1, the Flyers upset the Wayzata Trojans in their first game of playdowns to automatically qualify for state. If the Flyers had lost to the Trojans, they would’ve had to win two more games to make it to state as a much lower seed in the tournament.

In the regular season, the Flyers had 25 losses and only 7 wins. The team had played against the Trojans three times before they met at playdowns, and had lost 4-0, 3-1, and 7-0. However, the fourth time that the Flyers went head to head with Wayzata JGA they earned a 2-0 victory with goals from Senior Captain Quinn Ehlen and Senior Assistant Captain Tommy Anderson. Senior Goalie Henry Koch also recorded a shutout as the Trojans hit the post four times and couldn’t penetrate the netting behind Koch’s outstretched feet. “The whole team was working harder than we had ever worked before and it translated into a good victory for the team,” Ehlen said.

With their early playdown win, the Flyers will be the fifth seed out of eight JGA teams at the state tournament, despite being the second worst ranked regular season team. “We basically stole their record and seed in the state tournament. It was fun because you could tell how flustered they were the whole game,” Anderson said.

The Flyers’ next challenge will be their first game of state against the fourth seeded Minnetonka Warriors on Friday, March 16, at the Blaine Super Rink. The Flyers are 0-5 against the Warriors this season, having been outscored by a total of 13 goals, but Senior Forward Caelan Woog thinks that the Flyers have a good chance. “It’s really hard to beat the same team six times so I have a good feeling about this one,” Woog said.

The head coach of the flyers is Ryan Anderson, who has been coaching the Flyers for seven years. Head Coach Anderson’s son, Tyler, and Al Brask, brother of Senior Forward John Brask, are the assistant coaches of the team.