Media figures should respect their influence 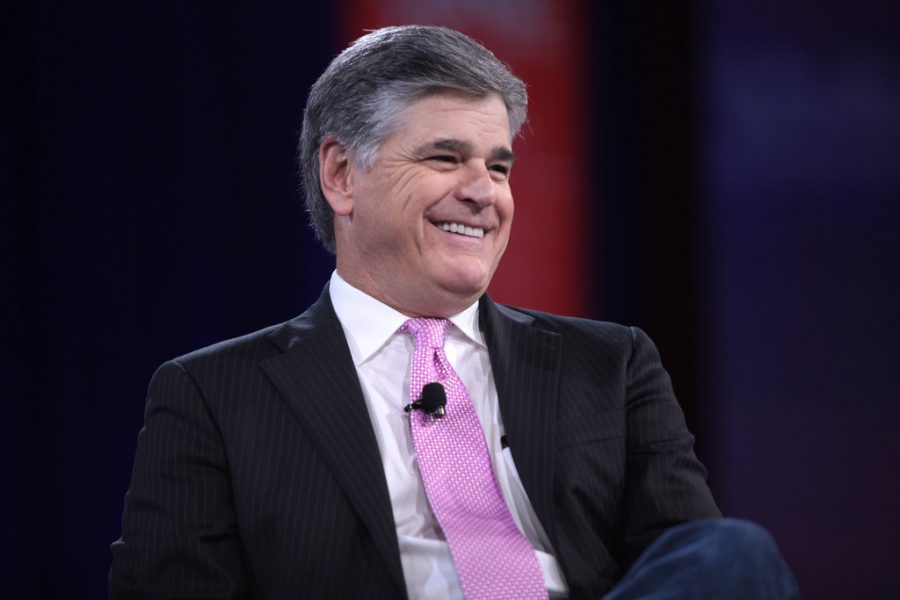 Reporters like Hannity must make sure they have no bias.

Birther conspirator and Fox News host Sean Hannity attacked President Obama after the Dow Jones plunged. Over the last couple of days, the stock market dropped 1175 points and there has been an extreme sell-off in the stock market. The media responded with various studies and investigations. CNBC reported that “the market took on a mind of its own, where sentiment and likely some computer-programmed trading sent Wall Street into a bizarre tizzy.” CNN reported that stocks plummeted because of concerns that the FED will raise rates, rising interest rates, worries about the bond market, and unusually rapid growth.

While most sources detailed true causes, Hannity quickly blamed President Obama. On his radio show, Hannity commented, “Because the Obama economy was so weak all of these years, we had just artificially cheap money.” Hannity and his colleagues at Fox aren’t the biggest fans of Obama, but faulting a former President who left a great economic legacy shows other intentions than reporting the facts.

President Obama left the office with the American economy strong and stable. In 2009, he inherited a giant mess, with unemployment close to 10%, GDP growth at -5.4%, consumer confidence at 37.4 points, and the Dow at 7949.09 points. By December 2016, with unemployment rate at 4.7%, GDP at 3.5%, consumer confidence at 113.7, and the Dow at 19855.53 points, Obama aided consistent economic growth for 8 consecutive years. Of course most credit goes to the businesses and hard working people, but Obama’s legislation played a critical role in jump-starting the economy. To Hannity, however, this was “pathetic”.

Then President Trump took office. The stock market carried its momentum into 2017 and continued to grow under the Trump Administration. President Trump effortlessly watched the economy prosper. On Twitter and during the State of the Union, he didn’t forget to pat himself on the back. This time, Hannity praised the economic growth: “GREAT AGAIN: Dow SOARS 31% under TRUMP, Best Year Since GREAT DEPRESSION.” Then, when the stock market plunged, Hannity went on to blame Obama.

This shows the limited scope of Sean Hannity; he uses the media platform to prioritize portraying Trump as a perfect political gure rather than reporting facts.

Hannity overlooked the numbers and the truthful facts to protect his political ideology. Veteran journalist Ted Koppel once told Hannity, “You have attracted people who are determined that ideology is more important than facts.” Fox News audience tends to lean Republican, and Hannity matches his rhetoric accordingly. During Obama’s tenure, Hannity underwrote Obama’s presidential achievements and went as far as criticizing him for asking for mustard at a restaurant; this entertained his audience base and substantiated their ideology even if reality didn’t. The stock market situation is a perfect example of that. The growth was much greater under the Obama Administration and Obama’s policies were still in place until last month when Congress passed the new tax bill. Hannity denounced Obama’s economic policies despite their success, but when similar achievements continued under Trump? Hannity praised Trump.

Journalists hold integrity and have a responsibility to disseminate unbiased and correct information to the public. Media gures like Sean Hannity are signi cantly more influential; Hannity is fluent and persuasive. He has become subjective rather than objective; it’s easier for him to substantiate his ideology when he alters the facts that opposes his ideology. But it makes people ignorant and likely to interpret subjective opinion as fact. Because he is so influential, he should be impartial and factual.