Rowdy = Atmosphere at a Flyers Game 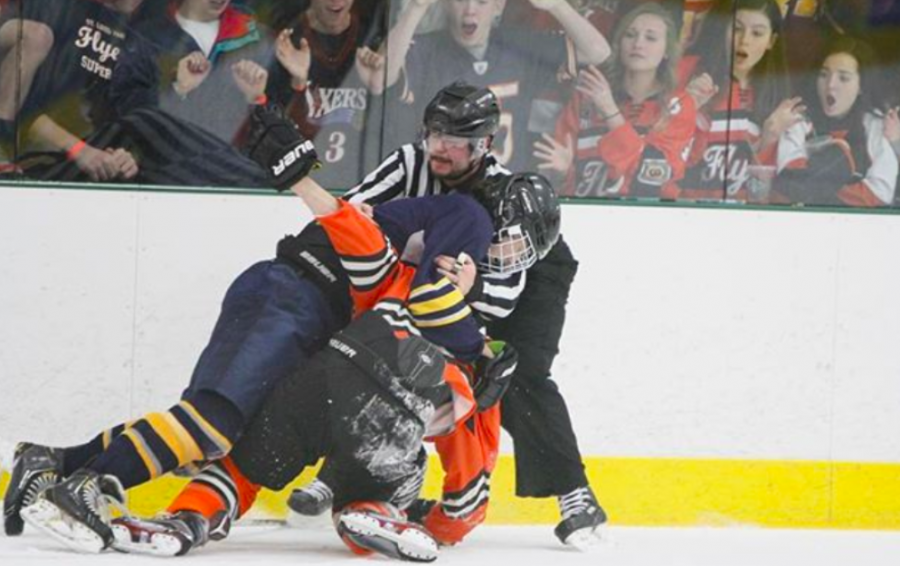 In the Merriam Webster Dictionary, the definition of rowdy should be: “A Flyers game.” The games truly are unmatched as far as entertainment goes. The fans, players, and Twitter account all make Flyers’ game- days something to be excited about. Attending these games gives an experience like no other.

Johnny Khalil: The fans are rowdy and you are just always having fun. Nothing matters because it is just fun hockey.

Ken Pauly: Comparing the Red Knight games to Flyers games is a false choice because they are two different kind of games. It’s like choosing your favorite children….The lack of school “fences” allow the players to play a little more dirty.

Coach Anderson: It’s extremely fun to see the fans come out and see the games; hopefully, we can see them coming out in March.

Jay Biwer: Every time I stepped on the ice, I felt a huge rush of adrenaline even if I was dead tired. The fans really knew how to support and motivate the guys.

Theresa Deterding:  I look forward to going to the games; the games are exciting and the fans are entertaining.

Eric Weber: Flyers games can get pretty heated, I was in the fan section for the White Bear Lake game and a couple of fans who shall remain nameless got into quite the verbal argument with some sketchy parents.

Tommy Anderson: The league made the handshake at the beginning of the game rule to prevent fights and brawls at the end of games.

Riley Miller, not a hockey fan, however still a Flyer fan: I like to get into the game and really yell. My favorite part is screaming at the other team’s parents.

Sammy Deterding, sister of two former Flyers players: My favorite memory is when both of my brothers got kicked out of the same game. Mason kicked someone, and Connor got into a fight.

Amy Murnan: I like that they [the students] want to cheer for their friends, but I do think it could be done in a more appropriate manner.