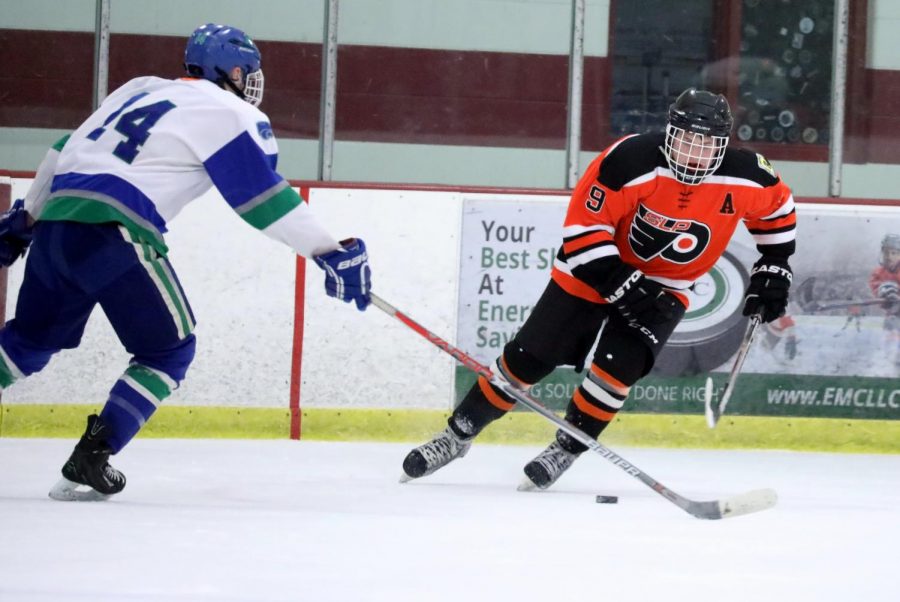 The Flyers are tight knit group of guys who share a love for the game and a camaraderie unlike most other varsity sports teams. With this sense of camaraderie and enthusiasm comes fierce competition and gameplay and a tendency to compare the Flyers to the Red Knights. On the ice, however, the unfortunate people who receive the brunt of this usually violent enthusiasm are the Minnetonka Warriors, the main rivals of the SLP Flyers.

Tommy Anderson: In the State Quarterfinal game against the Minnetonka Warriors in 2016, we had maybe the biggest student section in Flyers history against our biggest rivalry. It was awesome.

Charlie Quinn (Warriors defenseman): The SLP Flyers…they suck dude. We lose to them, and it upsets everyone, and then everyone’s in a bad mood for the rest of the week. Practices end up more physical which kind of sucks for me.

Johnny Khalil: When I was on the team as a sophomore, I got into a fight against Minnetonka in the State Tournament.

Alex Traxler (Warriors center): I don’t really have team grudges, but I definitely hate some kids that we play. Our team rivalry is definitely [the Flyers]––the games are always pretty fun though, they end up pretty physical and fast.