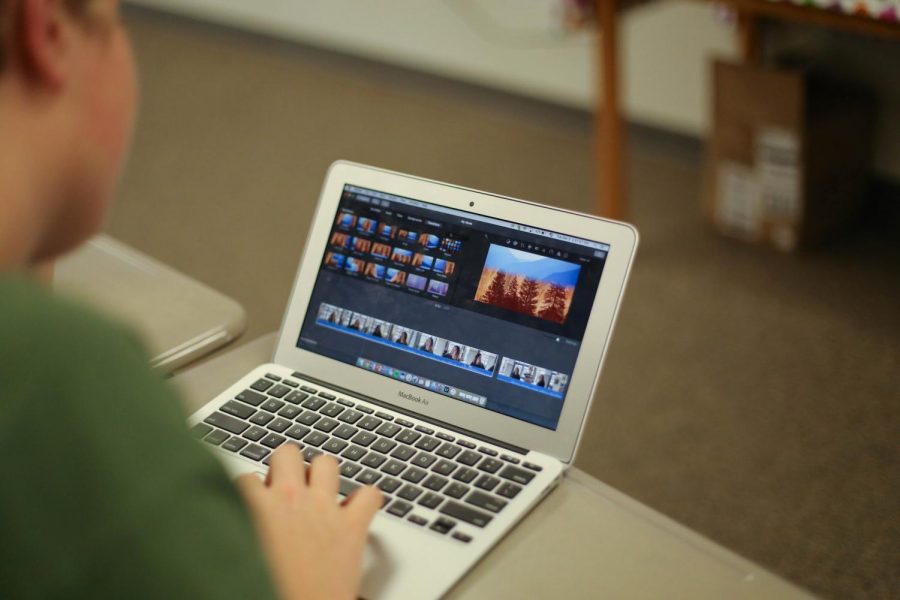 If one were to ask the majority students at BSM what their interests were outside of school, they would probably end up with the usual answers: sports, band, art, Netflix, and maybe even volunteering. These typical BSM hobbies catch the attention of the community all the time, but there are many other hobbies that often go unnoticed or unrecognized. Sophomore Wes Kirchner is one student with such a passion: making short films of his own.

Kirchner has been making films for three years and is currently working on his third movie. Kirchner finds inspiration in his thoughts and imagination to others, using a film medium to express his ideas and he hopes to one day make films his career.  “It’s really whatever inspires me. Whatever I think could be successful and what people would like,” Kirchner said.

For the past three years or so, he has entered his films into  Z Fest, a Minnesota-based festival with films made by Minnesotans. For Kirchner, it’s a great way to jumpstart his career in film. “It’s the biggest film festival in Minnesota, so it’s a good place to put my films into,” Kirchner said.

Although his films are only five to seven minutes in length, Kirchner takes approximately three months to create one. The first step in planning a movie for him is thinking of an idea. He usually likes to base his script off of something that’s going on in his life or an idea he wants to express. The next step is writing a script––multiple versions most of the time––and having someone else read it to see if they like it and if it’s worth the time and effort. “If one person likes it, there’s bound to be more people that like it,” Kirchner said.

After he finds a good story line, Kirchner gets into the stages of planning: where and when to film, how he is going to film it, and finally edit it. Last time he made a film, it took him about five weeks to edit the entire film. Through this process, he enlists experienced people like makeup artists and producers  to help him create the film he wants.

Kirchner’s next film is going to be titled “Let’s Get the Rakes,” although of the plot-line he says, “That’s a secret.”  This new film is set to be done by January 31 and has been in the works since mid-October. When his movie is done, Kirchner will have worked on it for a little over three months.

Kirchner has big plans for himself in the filmmaking field. He wants to attend a normal, four year college, and then attend a film school.