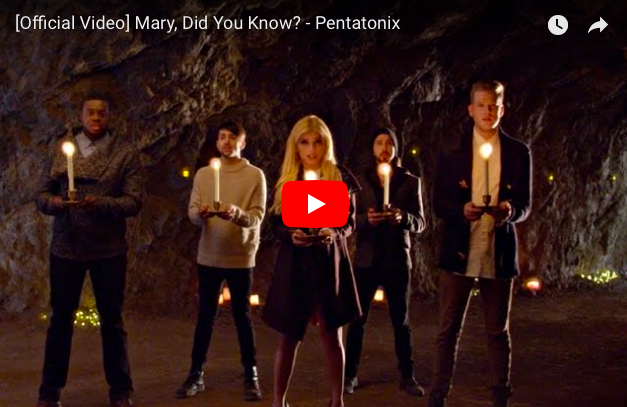 1 – “All I Want for Christmas is You” by Mariah Carey

This song begins with a little jingle, and as it plays along, the beat takes a faster paced tune that is sure to get you dancing! From Mariah Carey’s 1994 album, Merry Christmas, this particular song climbed up the charts and has easily become one of the most popular Christmas songs.

Sung in the Great Hall during BSM’s Interfaith Prayer Service, “Mary, Did You Know?” is a song that can be easily be sung to. In this song and throughout Pentatonix’s 2015 album, That’s Christmas to Me, the acapella vocalists create a harmony that’s like no other! The “Mary, Did You Know?” music video has gained over 157 million views on YouTube.

Throwing it back a couple of years, singer Michael Bublé reminds listeners to look out their windows, and enjoy the scenes of winter! From his album called Christmas, this song placed tenth in being the most commonly played songs according to Billboard: Holiday 100. Michael Bublé has also performed this song alongside Mariah Carey and Ariana Grande.

Placing 15th place in the Billboard: Holiday 100, this song comes from the album Dr. Seuss’ How the Grinch Stole Christmas! Released in 2012, “You’re a Mean One, Mr. Grinch” has become a classic perfect for anyone’s Christmas playlist. Through the use of Thurl Ravenscroft’s deep tone, this song reveals just how horrible the Grinch is.

Sung at BSM’s Christmas liturgy during the sing-along and from the album Christmas, released in 2013, “Jingle Bells” is one of the best known and common songs in the world. This song is written by James Lord Pierpont and sung by Frank Sinatra. Beginning with actual ringing bells, this song gives a most classic feel.

“Run Rudolph Run”, originally sung by Chuck Berry in 1958, has been redone multiple times. Now on the album Ceelo’s Magic Moment, “Run Rudolph Run” is a catchy song which will anyone who listens singing along. The version of the song keeps with the similar classic rock style that used in the original Chuck Berry song.

7 – “Underneath the Tree” by Kelly Clarkson

From Kelly’ Clarkson album Christmas Red released in 2013, “Underneath the Tree” uses jazz beats to create an cheerful feel. Placing 24th in the Billboard: Holiday 100, this song is climbing the charts. This song was first played in concert at the Swangard Stadium in November 8, 2013, so putting it on a Christmas playlist might just feel like being at a Kelly Clarkson concert.

“Feliz Navidad” is a song that everyone will sing along to whenever it is played!  Released in 2002 on the Feliz Navidad Album, this song’s upbeat tempo can be enjoyed by all. Performed on December 9, 2017 by the Mannheim Steamroller at Harrah’s Marina Hotel, this song has stood the test of time.

Sung by Wham!, a duo formed by members George Michael and Andrew Ridgeley, this song was instantly a classic, in 1986. In the album Music from the Edge of Heaven, this song has been nominated for the Brit Award for British Video and the  Awit Award for Best Vocal Arrangement.

Famously played by the BSM band every Christmas liturgy, “Sleigh Ride” first started off as an instrumental song composed by Leroy Anderson. Though most Christmas music is known for its lyrics, this song is most famous for the instrumentals which come to a climax when the trumpets and percussion mimic the sounds of an actual horse pulling a sleigh.