“Back to Back” is an innovative new comedy album 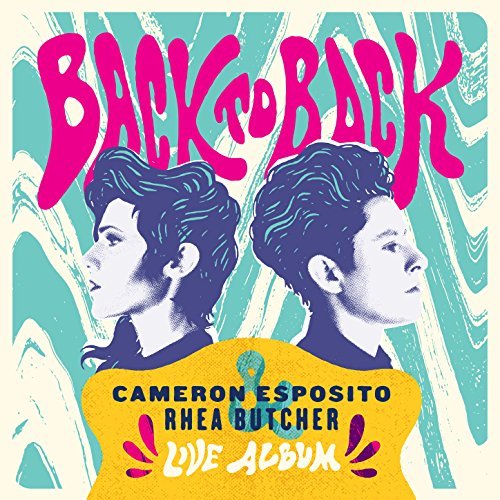 Photo Credits: album cover "Back to Back"

"Back to Back" is a hysterically funny album worth the listen.

Comedy duo and couple Cameron Esposito and Rhea Butcher put out a combined comedy album Back to Back following their fall bus tour around the U.S. Their quick-wit and chemistry blend together flawlessly, creating a hysterical experience that no other comedy album provides. Both Esposito and Butcher have put our solo albums before this, but their combined talent makes this album one of the best comedy acts of 2017. On top of that, they are the first wives to put out a combination comedy album which is, in Esposito’s own words from the album, “a monumental moment is history that [they] are just doing casually.”

The album begins with the couple performing together, acting as their own opener. The casual banter gives the listener insight into the life of a married couple who work together, live together, and have gone on a bus tour together. They also overview their childhood experiences together, having grown up in extremely different circumstances. When Esposito, who grew up in a Italian Catholic family and went to Catholic school through college, talks about her experience with a combination gym and religion class, Butcher serves as the mouthpiece for the listener, pointing out how ridiculous that concept is to those who grew up in secular households.

Then, Butcher continues with her own solo set. Anyone can connect with her set. For the sports fans, she a baseball fanatic; her married fans can relate her to and her wife’s antics. However, Butcher uses her platform as a comic to bring light to many social justice issues as well. By telling her stories of discomfort in clothing stores and renting a tux in Ohio, she makes others aware of issues facing genderqueer people in America. But her set is still extremely relatable. Butcher grew up in Ohio, and she recounts tales of her childhood spent in malls and the awkward situations that happen when visiting home after you’ve moved away.

Afterwards, Esposito takes the stage. Her style takes deeply personal experiences of growing up not knowing that she was gay and tells them so that all listeners can laugh through the pain with her.Her charisma and rapport with the audience guarantees that even if you can’t connect with any of her experiences, you will still be doubled over laughing the whole time.

Back-To-Back is just over an hour and gives listeners three extremely different, but equally hilarious, styles of comedy. Priced at $9.99 for a digital copy, this album is well worth the money.