Teachers Mr. Fix and Mr. Krieger reflect on their time as varsity coaches for their respective sports. 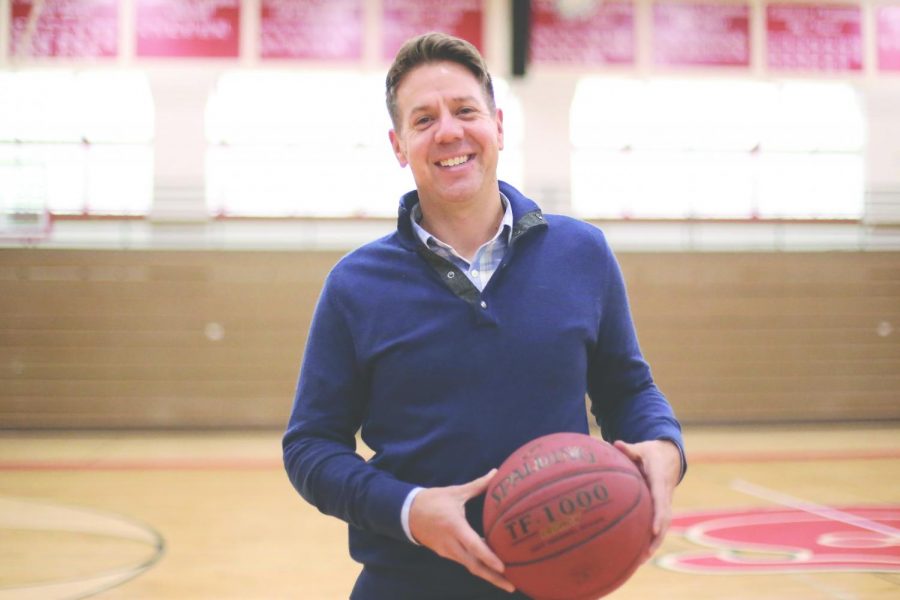 Teacher Mr. Jeff Fix was a boys’ basketball coach at BSM for many years.

Imagine history teacher Mr. Jeff Fix’s Friday nights for the past thirteen years: in a packed gym leading his basketball teams to victory. Now fast forward to present day, where he spends his Friday nights with his family, wife and two kids, having a relaxed, fun time. Friday nights have changed greatly for Fix as he decided to take a break from coaching and focus more on family time.

Fix was a longtime B-Squad, JV, and Varsity assistant for thirteen years both at BSM, as well as in North Dakota. Fix started coaching because he loved the game of basketball—he was a very
competitive highschool basketball player. He was drawn to coaching to continue his competitive itch that he could not shake. “There is the competitive aspect to sports when you can’t play anymore,” Fix said.

After being a part of some great teams, including BSM’s 2008 State Championship team, he was left with some great memories and experiences both on and o the court. One of his favorite basketball memories was pregame meals at Latu’s Pizzeria inPlymouth. “Going to Latu ’s with the guys, especially the debates that would happen there, and getting involved in those, it was fun,” Fix said.

It wasn’t necessarily the coaching that kept him involved with the sport, but rather the bonds he created with the players. This was the driving force that encouraged him to coach. He was able to get to know his student athletes more which allowed him to build relationships that would last. “You get to know kids in a different aspect…. I see kids away from the school day, and they see me away from a classroom setting,” Fix said.

Later in Mr. Fix’s coaching career he had the added task and time of caring for his two young kids. Time was the biggest reason for putting his coaching to a halt. “It got to be very di cult having young kids and my wife traveling for work…I was missing a lot of family stu that I didn’t want to miss anymore,” Fix said.

Fix, now with extra time, takes frequent trips to the Wisconsin Dells with his family, as well as taking his family’s newest addition, his dog, out hunting.

Longtime coach and history teacher Mr.Patrick Krieger is also taking a break from the sidelines to have more free time. He has been a football coach at BSM for 22 years, 10 as an assistant, and 12 as a co-head coach. “I always enjoyed playing football and I had the opportunity to coach,” Krieger said.

Coaching gave Krieger the ability to develop relationships outside the classroom, which helped him on and o the eld. “It was an opportunity to work with the kids outside of a classroom setting,” Krieger said.

Aside from developing relationships with students, Krieger was able to develop a family bond on the field. “I had a chance to coach my son Patrick Jr., my daughter Julia was a manager, and my daughter Sarah did stats for a year, so that was a lot of fun,” Krieger said.

One of Krieger’s most memorable moments on the sidelines were not only with his family, but also winning BSM’s first ever football state championship. “Winning the first state championship in football for BSM was a great experience.” Krieger said.

Although most of Krieger’s teams weren’t as successful as the state champions. “every team that I’ve coached I’ve enjoyed,” Krieger said.

Without the added practices and games that come with coaching, Krieger has an abundance of time on his hands. “You have a lot more time to do other things; there is less stress,” Krieger said.

Coaching was a lot of fun for Krieger, but also a lot of work. Krieger’s competitiveness, which stemmed back to his high school football days, has not gone away. “There is always a part of me that will miss coaching,” Krieger said.