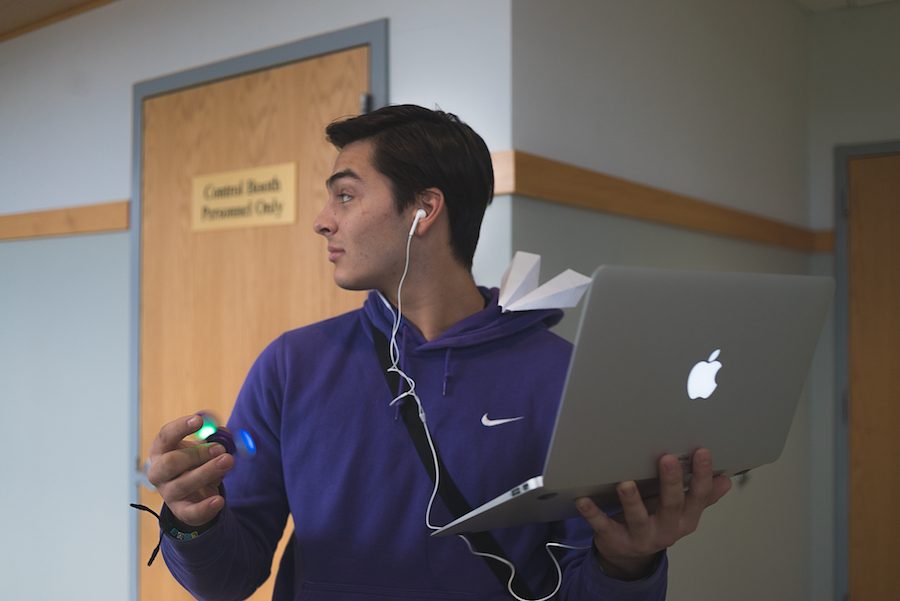 Many external disruptive sources can lead to student distraction.

Fidget spinners, paper airplanes, online games, drumming pencils, Netflix, social media, and other random noises. Every student can get distracted at some point and sometimes teachers follow suit. However, there is a fine line between keeping class lively and being a negative distraction in the class.

For students, classes can sometimes feel never-ending and boring. “I tend to get distracted more when teachers make students take notes for the entire hour,” sophomore Nicole Miller said. Monotonous work like this causes students to be more easily distracted, whether it be by themselves or with others.

A prime example of students making things less monotonous would be the vocalizations Johnny Brask made as a tenth grade engineer. “It was this whooping noise he was making that drove us all nuts; every week he was allowed to make it five times. After that it was too much for us” engineering teacher Ms. Kirsten Hoogenakker said. His whooping only carried as far as their classroom. Hoogenakker states that she actually misses Jonny, but is glad the noises have been controlled.

Students have also noticed a correlation between the material and respect a teacher gives students to zoning out and distracting others. “I know I have teachers that reach out to me so I try to participate much more in the classroom, but then I have teachers that are dismissive to me so I sit there and feel like participation isn’t needed,” junior Claire Grinder said.

Teachers have different ways of managing distractions. Many call the student out on the behavior, either in front of the class or individually after class. English teacher Ms. Anne Marie Dominguez doesn’t allow the distraction stop her teaching, but she does handle it. “It just depends; it’s part of teaching. I guess what you learn over time is that you can acknowledge it, but not let it stop the class or not make the distraction the focus. So that’s one way to kind of dispel it easily,” Dominguez said.

But when the distractions become too much, Dominguez steps up. “[If students] willfully [disrupt class] time and time again, then that involves an intervention, whether it’s classwise or individually after the class,” Dominguez said.

Students and teachers have also gotten distracted from so-called classroom “trickshots.” These classroom trickshots come in many different forms. Paper balls launched into trash cans, markers finessed onto whiteboard ledges, and paper airplanes flying into recycling bins, many trickshots occur daily at Benilde-St. Margaret’s. Many math teachers are infamous for the dead marker throw into the trash. “I’m money. If I do the marker throw, it’s going to go,” math teacher Mr. Dan Bowler said.

Aside from Bowler’s marker toss, business teacher John Sabol has the ability of drawing the most perfect circle and biology teacher Bob Lyons has the ability of the ‘Quad’ in which he can draw legibly on the whiteboard with four markers. These little tricks keep classes light and unpredictable.

Distractions and boredom are not something that can be eliminated from classrooms. Both teachers and students are bound to get distracted at some point. “It’s tempting to zone out, but students should know that teachers notice when they give them their full attention while participating in class,” US history teacher Sister Jeanne Marie Vanderlinde said.