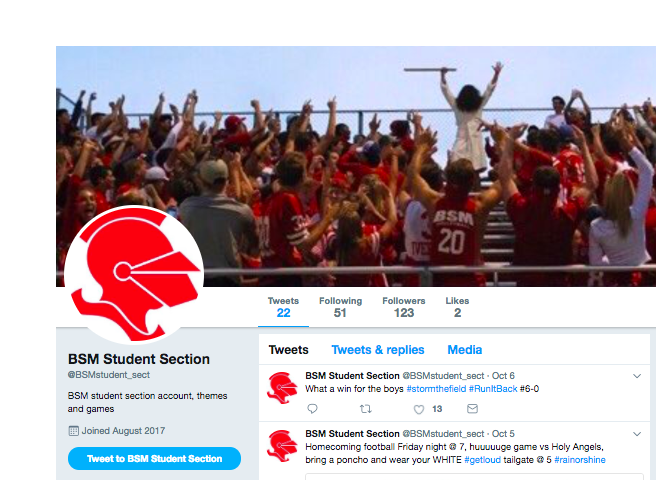 For better or for worse, Twitter seems to be the biggest source of local updates for many people today. In the realm of BSM school activities, this is a fact.

Since 2006, Twitter has been beneficial in terms of keeping people up to date on the day-to-day happenings in their immediate communities. In the common opinion, it is the easiest way to figure out what’s going on: just open the application and simply see what’s being tweeted. This comes in handy with helping students to see what’s going on in and outside of school—whether it be dress up days, sporting events, or live updates of games that they miss.

Every main sport at BSM has some sort of social media for these reasons, some of the more popular ones being: lacrosse, girls’ soccer, football, and even teams outside BSM, like the JGA Flyers (hockey). The BSM activity pages provide dates and times for games and play-by-play updates for followers, while the Flyers page includes not only times and play-by-plays, but also somewhat outlandish tweets for the fans, players, and former flyers to enjoy.

These twitter accounts are usually run by managers or coaches of the team, and it is pretty easy to guess which is run by which. For example, a tweet from the BSM boys’ lacrosse team twitter, ran by Coach Rob Horn reads: @BSMBoysLax “Varsity brings home a W! Best of luck to the Hawks the rest of the season!” This is overall a very nice and humble way of letting their followers know about the win. To contrast this, a tweet on the Flyers account, which is run by managers, reads: @SLPFlyers “The Ogre returns tonight as the flyers trek to Centennial and look to improve on their 4 game win streak #Buzzin #Stewin #Rollin.” Shameless. Absolutely shameless. This tweet also pictured a Centennial player’s mother. Wow.

Nonetheless, Twitter has been the number one source of student news for athletics in the past years. Whether it be for knowing what to wear in the student section, what time to show up for the tailgate, or when the game is, team Twitters have proven themselves to be a great way to keep their followers in the know, while providing the occasional laughs as well.