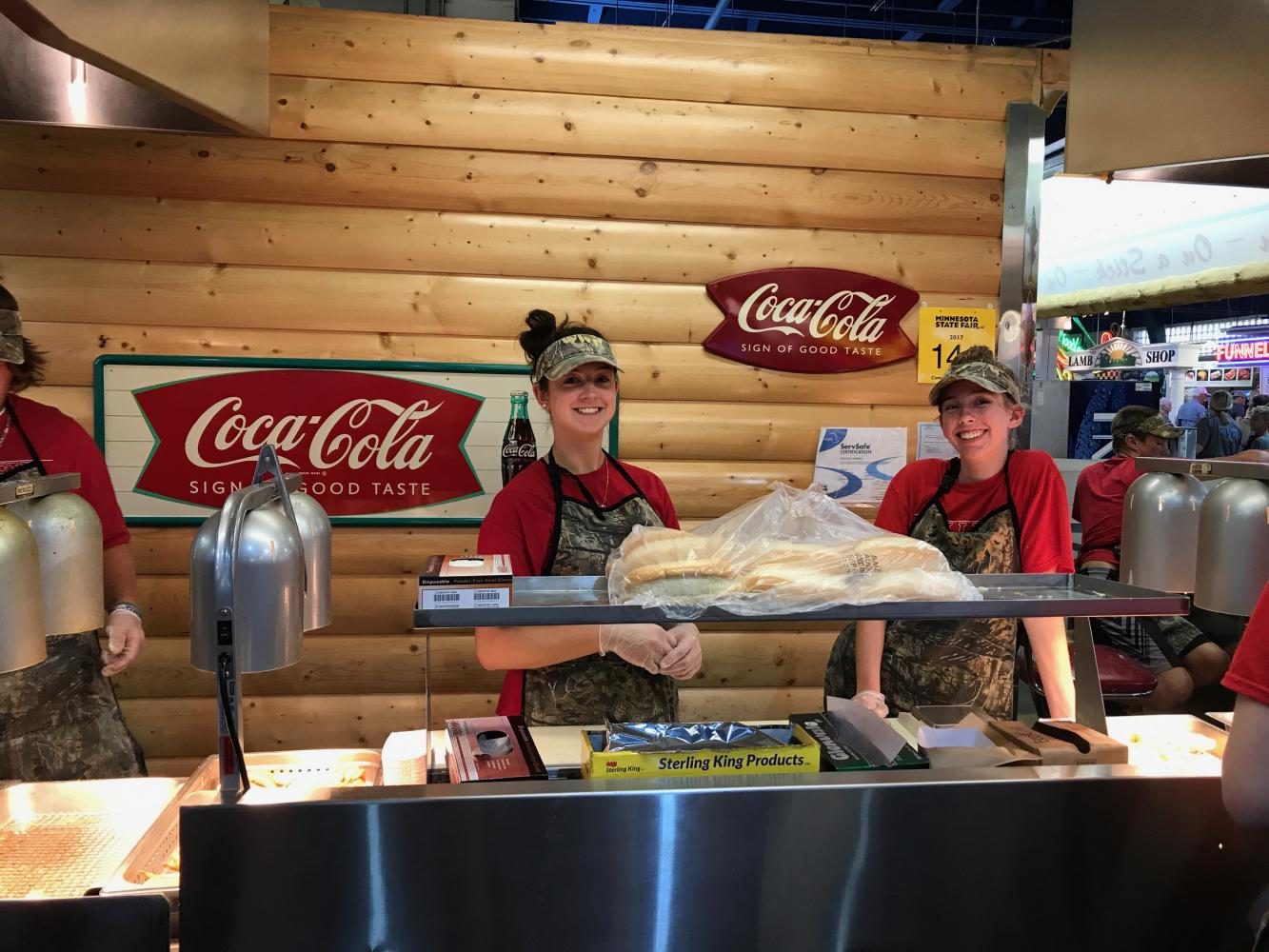 Almost every year since 1859, crowds have flocked together to enjoy the Minnesota State Fair. The production takes the hard work of hundreds of individuals to put on. This year, a handful of BSM students had the opportunity to experience the fair from the inside, working at the various attractions throughout the fair.

Large crowds of people go to the fair just for the food, and one of the most well known food vendors is Sweet Martha’s Cookie Jar, where senior Carmen Ercolani worked for the twelve days of the Fair. From making dough to piling cookie buckets to the brim, Ercolani worked in every facet of the booth. Her favorite job, though, was serving customers. “I like serving because the time goes faster because you aren’t staring at the clock and how many trays you are putting in the rack and sending it off for 5 minutes, but the buckets are above your heads and I’m so short I can’t reach them, so that’s the only part I dislike about my job,” Ercolani said.

Along with the love of cookies, the State Fair draws people in with an affinity for food on a stick. Senior Hannah Vitelli and junior Maria DeCesare fulfilled this need while working at Walleye on a Stick in the food building. The pair would cut and fry walleye, catfish, and the lesser known smelt. “Smelt is kind of like minnows…they don’t have their heads or their guts, but you eat them whole,” Vitelli said.

For DeCesare, working at Walleye on a Stick was a good way to make a lot of money in a short amount of time without the stress of her other job——refereeing hockey and soccer. Being allowed to get in the zone and cook fish caused her to enjoy it more than her experiences reffing. “I liked this better because you could grind out a ton of hours in 2 weeks and you don’t have to deal with the annoying parents like while reffing,” DeCesare said.

Outside of the food, the Fairgrounds are also home to many attractions, one of the most well known being the Giant Slide. Amongst the surge of people sitting on mats and riding down the waves of the slide, senior Paige Greeley helped children escape the ride-goers coming down behind them and was able to help a slough of celebrities down the slide as well. “Sam Hunt and LANCO, his opener, came down the slide before their concert. Stefon Diggs also came down the slide along with Jared Spurgeon from the Wild, and Joe Mauer and his family from the Twins,” Greeley said.