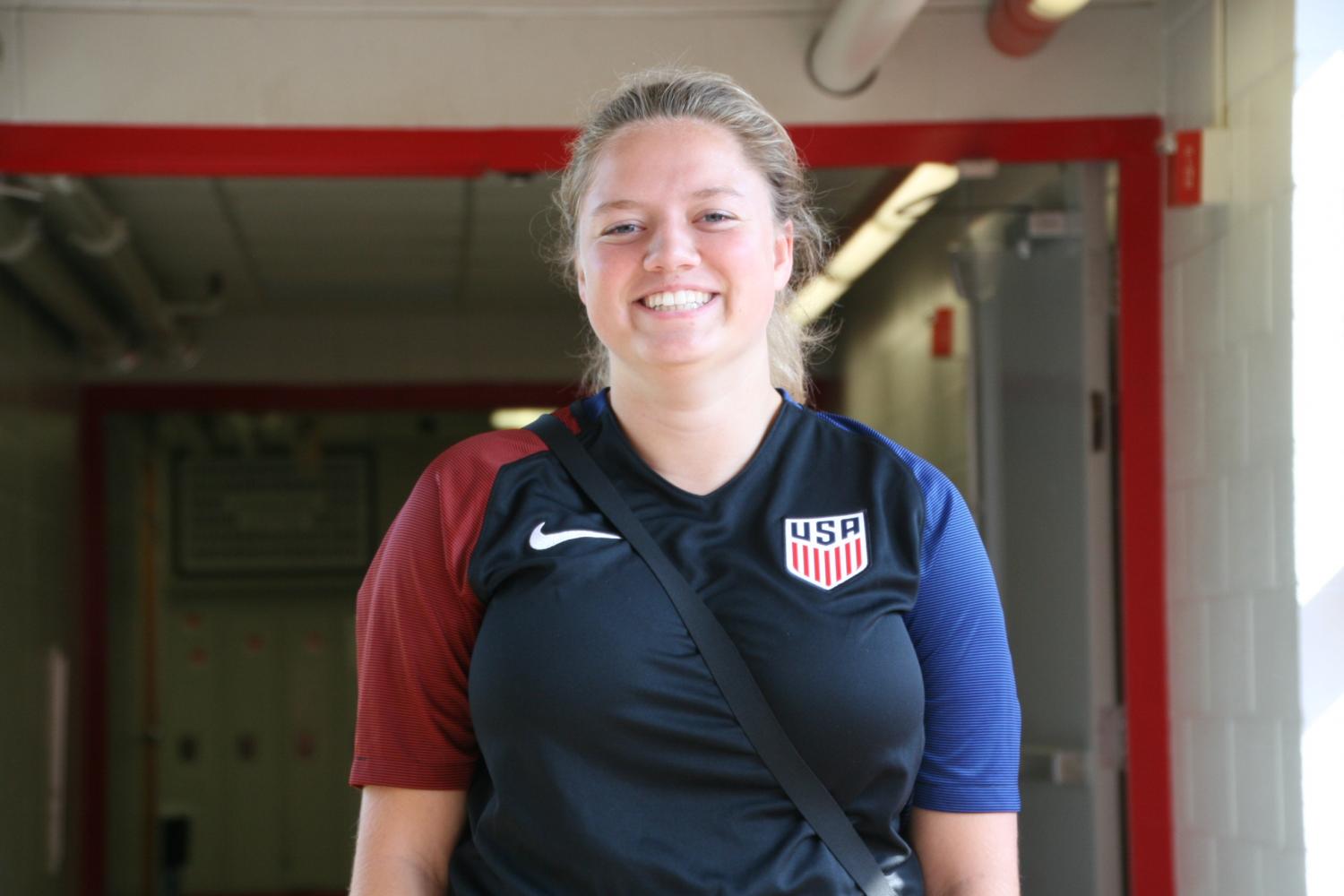 This past summer, senior Ingrid Lundberg interned on a local city council campaign.

According to the Center for American Women and Politics, 19.6% of all the United States Congress is female. This past summer, senior Ingrid Lundberg took part in an internship program with womenwinning, a program designed to get more women elected into political office by offering programs for young women to get involved in politics. This opportunity allowed her to get a behind-the-scenes peek at what the world of politics is truly like.

After being trained in several informational sessions, Lundberg and her fellow interns filled out surveys that would eventually result in their placement on a campaign. “I got my results back, and I was assigned to Andrea Jenkins of Ward 8 who’s running for city council. That was kind of a surprise to me at first because I had always wanted to do bigger politics. I had wanted to be on a bigger campaign,” Lundberg said.

Immediately thrust into the world of campaigning, Lundberg was assigned to work 10 hours per week calling and door knocking for Jenkins’ campaign. “You have some people hang up in your face. I’ve had people call me back just to be like ‘Don’t call me’ and then they’ll hang up. But once in awhile you’ll get that one person that’s interested to hear about local politics and their city council, and you actually end up turning them into an Andrea voter, and it’s actually really rewarding,” Lundberg said.

Although Lundberg initially balked at the idea of working on a smaller city council campaign, by the end of her internship, she had warmed to the idea. “I think starting smaller was probably the best decision because I got to be way more involved in the decisions, and I was surprised how much effort and actually how much money is put into city council races,” Lundberg said.

From her candidate’s background and the diverse community in the community she is running in, Lundberg was able to be exposed to many new types of people and issues.  If elected, Jenkins––Lundberg’s candidate––would be the first black transgender woman ever to hold that position. “Being at Benilde, you don’t always interact with a ton of different communities. Through this campaign, I’ve been able to interact a lot with the LGTBQ+ community, the black community, and also the local Somali community in Ward 8,” Lundberg said.

After her experience at womenwinning, Lundberg’s perspective on politics––especially locally––has been radically altered. “Before, I had a very idealistic vision of what politics was. What I came out of this with is that it’s very grueling, and honestly I think it taught me that campaigning isn’t really my thing; I’m more interested in policy-related matters. I think that politics could possibly be in my future,” Lundberg said.