After winning State the previous two seasons, the "Red Kittens" are looking to bounce back from early losses this season and find their State-caliber form. 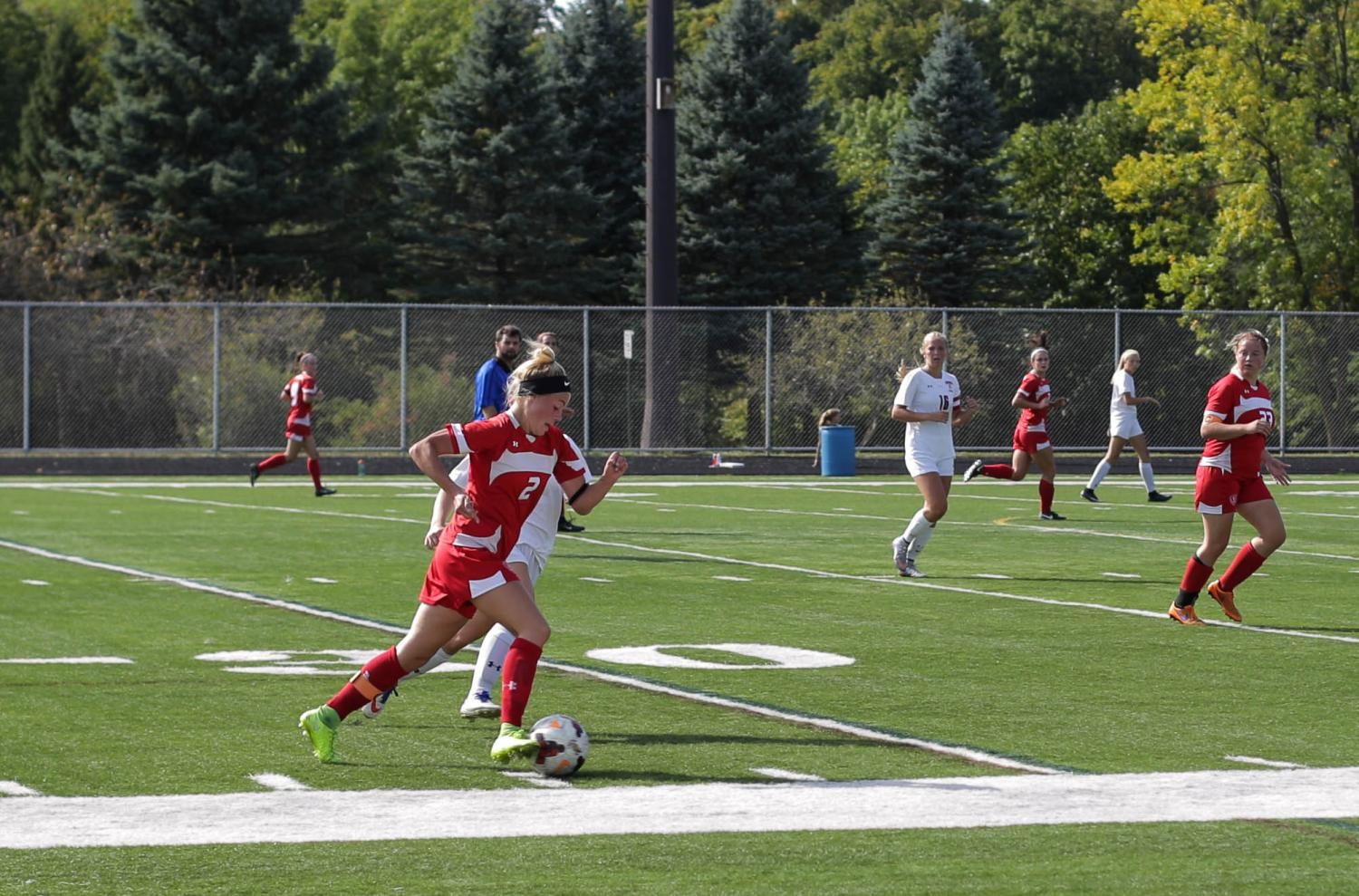 Senior captain Maddie Stoks dribbles past a defender in a recent game.

The BSM girls’ soccer team has returned to the field in hopes of reclaiming their title of state champions for the third year in a row. Senior captains Ingrid Lundberg, Madison Stoks, and Claire Grazzini are excited for the season and new talent. This year, they have a lot of new players on the varsity team. With that being said, some of the new players and underclassmen have taken on more challenges and responsibility. Stoks and Grazzini believe that even though they have lost key members of last year’s team and some of their strong midfield, their new players have made up for those losses. “We have several underclassmen that have stepped up to the plate as first year starters,” Stoks said.

This season, the main goal is to win the State Tournament again, but the players know it will be tough. “It’s never easy, but in order to do so, we need to just really give everything we’ve got. Player for player we are so talented. If we believe we can do it we are halfway there. It’s a team sport, so everyone has to compete at the same level. If one person doesn’t give it their all, it affects all eleven players on the field,” Stoks said.

During the off season, the girls worked hard by playing on club teams and improving their technique. Over the summer, the captains helped run camps with the coaches that were designed  to help players prepare for tryouts. During the regular season, they practice every day with exceptions to game days. So far this season, the girls have had a rough start to the season but are hoping to improve. “It’s been a rough start but there is promising talent. We will improve over the course of the season,” Grazzini said.

The team will face many tough teams this year. “We have played pretty hard teams thus far and at the end of the season we play some more hard teams to prepare us for Sections,” Grazzini said. The team is ready to take on any challenge and has been working hard to achieve their goals. “ With the improvements we’ve made so far, I think if we put our minds to it, we can be very effective… by the time Sections are in play we are hopefully at our peak,” Stoks said.