One Last Ride: A Farewell to the Fan Van

Although a staple at BSM tailgates, the BSM fan van will be gone after this year. 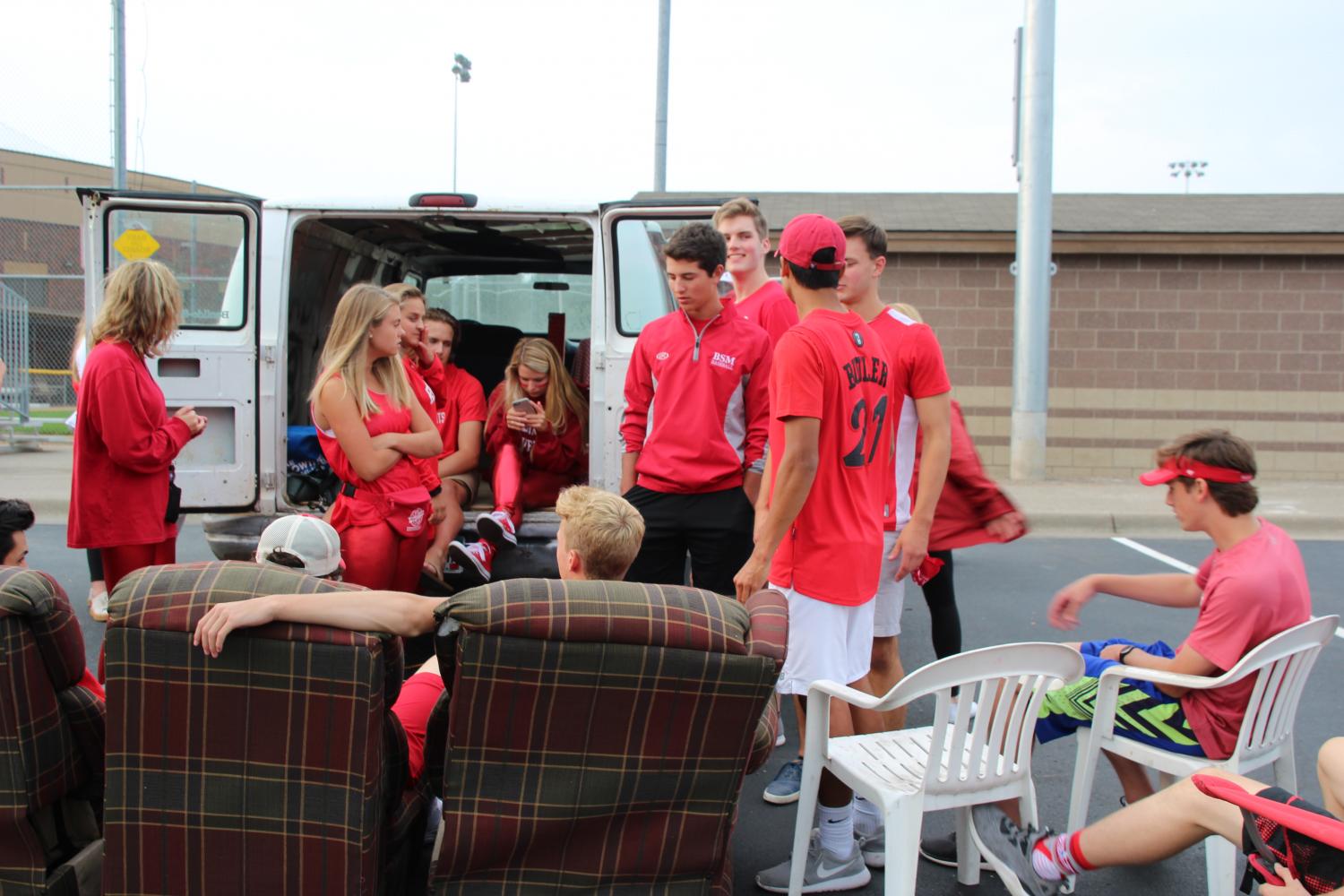 BSM senior tailgate at the van before the opening home football game.

Red, white, and a hint of tetanus; all of these can be found in the soon-to-depart BSM fan van, a vehicle full of glory and many memories. This will be the van’s final season.

Senior Jerome Newhouse owns the van. “It was actually my mom’s idea to get it and start something new for tailgates. My family has owned it for four years, but it’d been around least twenty years before us. We bought it from a painter, and it had holes everywhere and was filled with at least thirty tires along with a bunch of other issues… My brother handled it for one year, and then I took over when he graduated,” Newhouse said.

Obviously the van is crucial to any BSM get-together, but when it’s not hosting tailgates, it remains unused. “Technically it doesn’t do much other than sit in our driveway and collect rust,” Newhouse said. Perhaps this is one of the reasons that this is the last season it will be featured in the BSM parking lot.

After deciding that this would be the last year for the fan van, the Newhouses were faced with what to do with the van. “We thought about selling the van to a younger classmate, but given that the insurance costs more than the thing is worth and the brakes are completely non-functioning, we will be bringing it to a junk yard. We considered selling it on Craigslist, then we realized we don’t want anyone to die,” Newhouse said.

Rust, unexpected fires, and the occasional side-of-the-highway stop are not enough to overcome the van’s many memories. “I’m really glad we got it. It’s one of those things that’s part of the BSM culture now and really brings the seniors together. One of my favorite memories was the last tailgate of our junior year. We had over one hundred people there––all having a great time––which was really fun. It’s been a great experience,” Newhouse said.

Maybe one day there will be another, but for now the cheers, football, and school spirit will have to live on in the memories of the original fan van.