BSM softball hopes to make it back to State 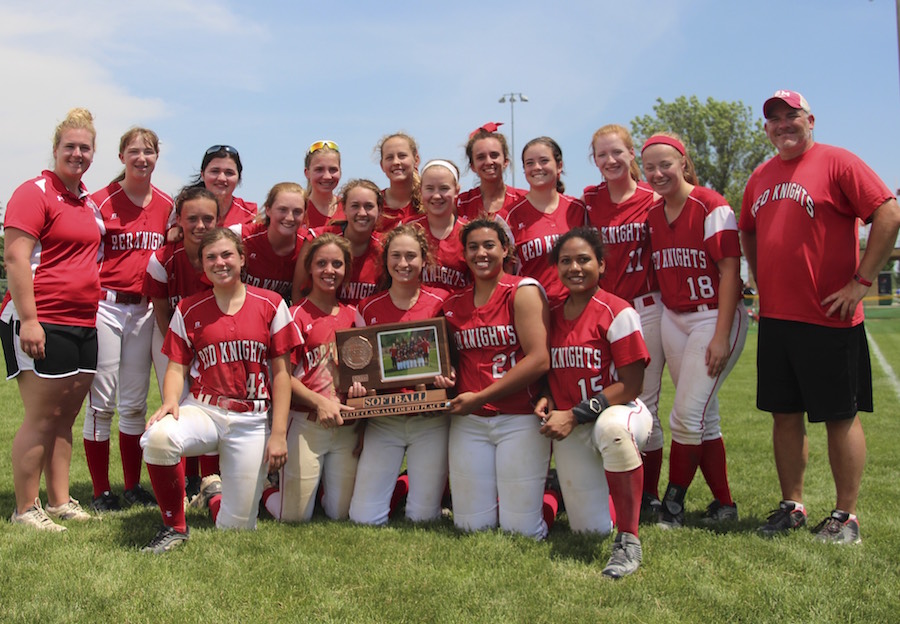 BSM softball hopes to once again make it to State like the team from last year.

After losing their starting pitcher, catcher, and center fielder, the BSM girls softball team has proven they have both the mental and physical toughness to put together a strong season. After losing those key players, the team had to look to their captains to step up, along with some new young talent. “We had to make some adjustments after losing three of our key seniors. Our new pitcher has really stepped up and played her role on the team,” junior captain Hattie Hoffman said.

One thing that separates this team from many is that they play as one. This softball team is extremely close, which has helped them to flourish as a contender this season while many counted them out. “Our team this year is very close, which provides for a great atmosphere and good teamwork,” Hoffman said.

The BSM Softball team finished 7-7 in the conference, which is very strong considering they had to battle against teams with Division 1 level players like Chanhassen and Bloomington Jefferson. The girls fought hard in the regular season, but are especially ready to battle in the post-season and throughout Sections with the hopes of making it to State once again.

Throughout the season, the team has done what was expected of them and beyond. “We have beat all the teams we were supposed to beat, and we have lost all the tough matchups against teams that have D-1 players. Sections are coming up and I think we have a good chance,” senior captain Sedona Brown said.

The girls had many key wins in the regular season, with some of their biggest wins coming against St. Louis Park and Bloomington Kennedy. “One of our best wins was recently against St. Louis Park. After losing by a lot to them the first game, we came back a couple days ago and [beat] them,” Hoffman said.

Going into Sections, the girls only have one goal in mind: making it back to State. Their first matchup is against Delano, and if they win, they have the potential to play other talented teams in their Section such as Orono and Waconia. The biggest challenge for the team is going to be pitching, and the girls need strong performances to make it to State. “We only have one pitcher, so she’s going to have to work her way through Sections,” Brown said.