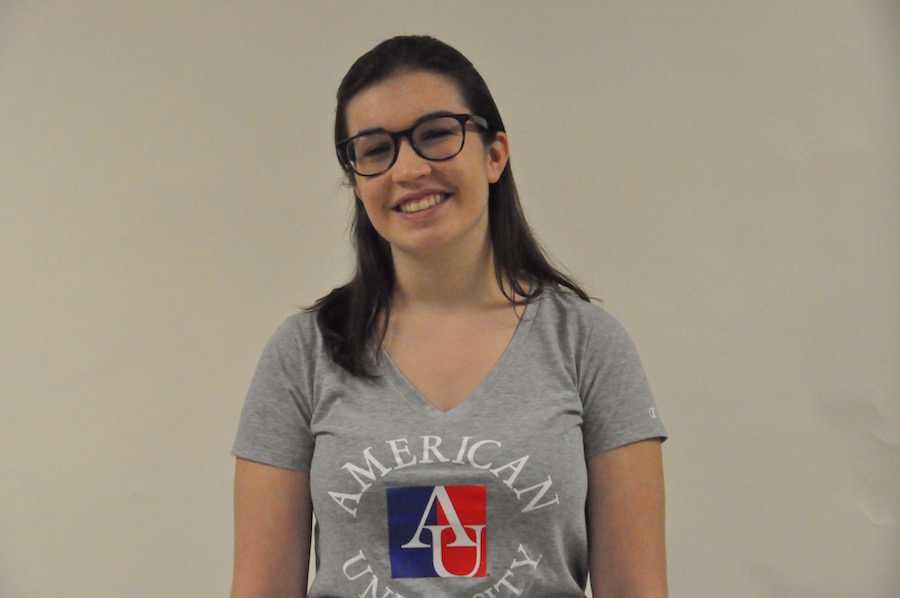 Macy’s multitude of activities and passions make her truly tremendous.

Achievements and accomplishments in themselves can be seen as tremendous, but Macy Rooney is tremendous in how she shows up in the world and the impact she’s had on others. This loving, fiesty, ambitious, and part-Ecuadorian teen is a quintessential member of the class of 2017 who’s always there for her classmates with advice and the perfect meme.

“She’s not only has tremendous talent, but she also has a tremendous attitude towards the choir program and the multiple choirs that she is in. She comes to every rehearsal physically and mentally prepared to rock,” Mr. Adam Petroski said.

“My main activities are theatre, in which I am the props manager/backstage manager. I’m in the LGBTQ Catholic Youth Coalition, which is a small student-led activist group that plans yearly events regarding LGBTQ equity in Catholic spaces, which I thought was very appropriate because I’m an LGBT person who goes to a Catholic school. I’m in NHS and Speech, which I’ve done for four years,” Macy said.

In speech, Macy has been an integral part of the team, performing in the categories of Duo, Prose, and Great Speeches, which inspired Rooney’s interest in politics and public policy. Macy is friends with practically everyone on the team and she energizes and shows camaraderie to the entire team.

“Speech helped me become a better public speaker, made me more articulate in how I talk, and taught me to reach out to people that I don’t really talk to. Speech is the hardest and the best activity, because even if you don’t do well, you gain a lot of experience,” Macy said.

Even if Macy didn’t always receive recognition for her hard work, she constantly dedicated herself to improving her speech and building relationships with other speakers “One of my favorite high school memories is at the Woodbury Speech Tournament when I got first place, because I didn’t do well at speech, but I did well once, so that was fun,” Macy said.

Academically, Macy is one of those kids who thinks “Calculus is cool,” even though she says that she puts the C in Calculus BC. Her other favorite classes at BSM include AP Comparative Government and Honors English 9.

I would say she is mysterious and has a tough outer shell, but is really a softy at heart.”

“AP Comparative Gov. is probably my favorite class and I really enjoy the content and the realness of what we’re learning. Because so much of what we study has been the news recently like Russia, Iran, and Britain, it’s really applicable to real life,” Macy said.

Macy’s interest in a class on government makes perfect sense to anyone who’s met Macy, who will study public policy this fall at American University in Washington, D.C. “My intended major is CLEG which means Communications Legal Institutions Economics and Government, so it’s basically like political science on drugs,” Macy said.