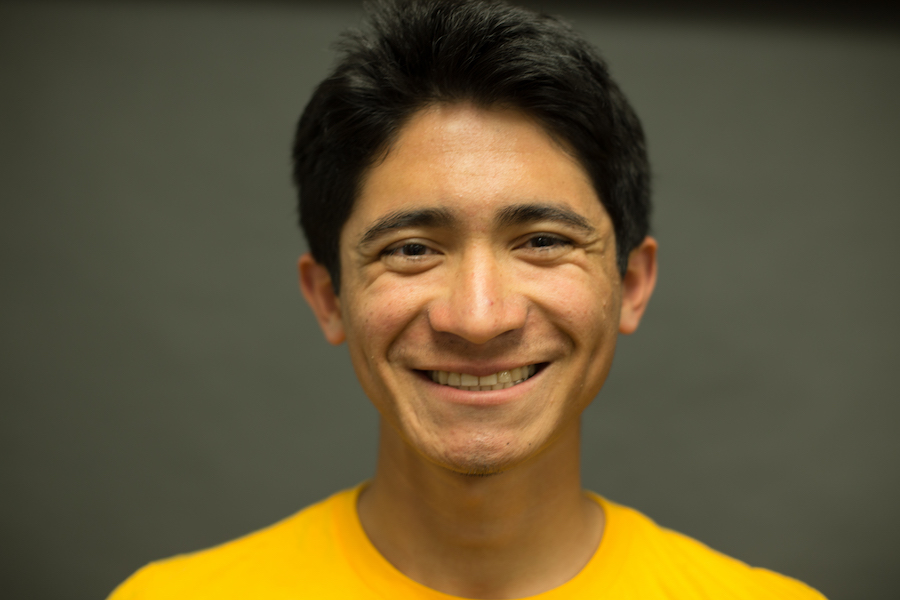 Carlos participates in many BSM activities like track and soccer.

Volunteering is an important aspect of Benilde-St. Margaret’s; a core part of the curriculum is servant-leadership. A senior that exemplifies this model of service, through volunteering, his family, and activities is Carlos McMerty-Brummer. Balancing school, volunteer projects, and sports with his family life has earned Carlos the title “tremendous.”

Hailing from Honduras, Carlos has been able to contribute his unique background to the BSM community, which has also shaped his aspirations. Growing up, Carlos learned how to remain optimistic and gained an appreciation for the value of community and service. After being adopted, he moved to the United States and joined the BSM Junior High for seventh grade.

Volunteering is Carlos’s greatest passion, so he took advantage of many volunteer opportunities during his time in high school. “[Growing up] in Honduras, a lot of people helped me, and it’s nice to return the favor,” Carlos said.

One of Carlos’s favorite volunteering experiences was his last trip to Guatemala, since he “had a better connection with the family on the third trip” and “put [his] heart into it.” On that mission trip, he worked with a team from BSM to build a house and kitchen for an impoverished family.

Another form of community involvement that Carlos participates in is leadership within his church, which includes working with small groups on retreats and helping with vacation Bible school. Carlos also brings his background of being adopted from Honduras to assist other children adopted from Latin America at a camp called “La Semana” (“The Week”). Every summer he leads a group of adopted children in elementary school and acts as a role model for them.

In addition to maintaining his roots in Central America, Carlos immerses himself in the local community. One of his greatest challenges was learning English, but he persevered and became fluent in the language. Carlos is also a three-sport athlete, participating in soccer, table-tennis, and track and field, becoming a captain in track.

Carlos? Carlos who? I don’t know who you’re talking about.”

On an average day, Carlos goes to track practice and leaves BSM after his dad is done hall monitoring. Carlos then goes home with his dad. “I have six siblings, so it’s a packed house and family. Right now our kitchen is under construction, so most of our time spent in basement having dinner [and] doing homework. It’s hard [to focus on homework] right now because they’re loud,” Carlos said.

With the size of his family, Carlos makes sure that he spends time with all of his siblings. Whether he’s playing catch with his brother or going for a walk with his younger sister, Carlos enjoys setting aside time for his family.

Carlos has experienced a lot of personal growth and developed his values during his time at BSM. “At first, as a child, I thought that being happy would mean having a lot of money, but I now realize that you don’t find happiness in money and [you] should find things to do, not just for money,” Carlos said.

Because his biological parents didn’t have the opportunity to complete high school, Carlos places value in his education and considers graduating high school to be his greatest accomplishment.

Excited to graduate, Carlos wants to be remembered “as that Honduran kid who was adopted, knew two languages, and probably was the first Honduran to graduate from BSM.”

Carlos plans on going to the University of St. Thomas to major in Spanish and education. “I will follow in my father’s footsteps of becoming a Spanish teacher,” Carlos said. After college, Carlos plans on remaining in Minnesota with his family.