AP Spanish Literature class performs the Stations of the Cross 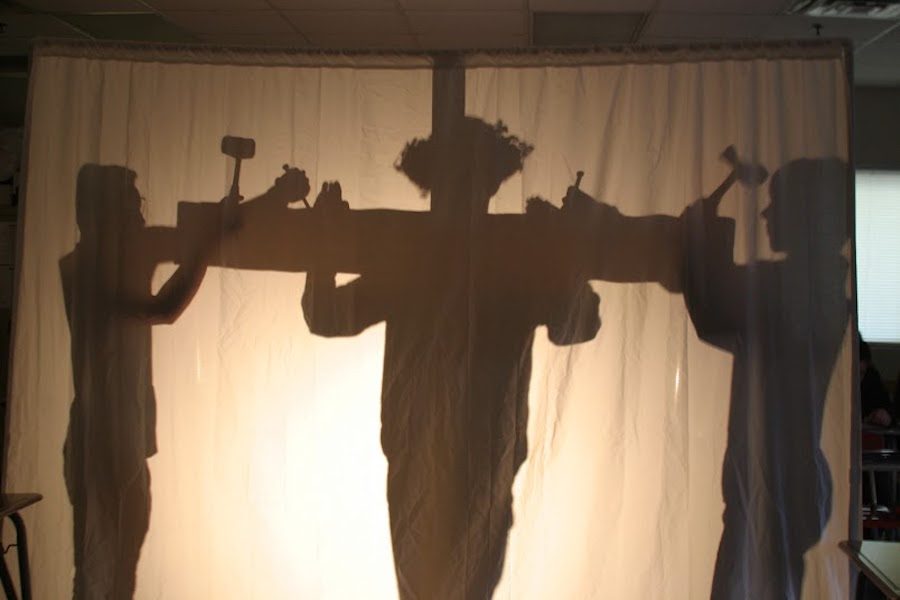 In observance of Holy Week, the AP Spanish Literature class performed the Stations of the Cross. The students brought a different perspective to the traditional story by performing it in Spanish with silhouettes.

While students may be used to watching the Stations of the Cross, a reenactment of Jesus’s death, in English, BSM’s Spanish department gave a new interpretation of the stations. Senior high spanish teacher Ms. Mary Murray’s AP Spanish Literature class has put on Stations of the Cross performance, entirely in Spanish, for BSM students on April 12.

Murray said when she was in high school, as a part of a retreat team, her class performed the Stations of the Cross. When Murray switched from teaching in public education to private education at BSM ten years ago, she was excited to bring her Catholic background into the classroom. Murray felt that the Stations of the Cross would be a unique opportunity for BSM students. “The purpose [of the Stations] is to establish a real world connection for the students [to use Spanish]” Murray said.

The production was a multidisciplinary effort. The art department, music department, and the Spanish department were all involved in the project-oriented on Jesus’s life. Religious artwork that ties into Holy Week were in the hallways at BSM. Murray worked with music teachers Mr. Adam Petroski and Ms. Carol McLain to organize and compose music for the performance. “There will be a lot of art [that] people can look at to help them connect artistically and spiritually with the Passion” Murray said.

Sophomore Myrka Zambrano was a reader for the performance. The three readers are all Spanish students that can fluently read the language. “Ms. Murray wanted somebody that could speak the language very well for the project…. We’ve worked very hard and we’re very proud of it,” Zambrano added.