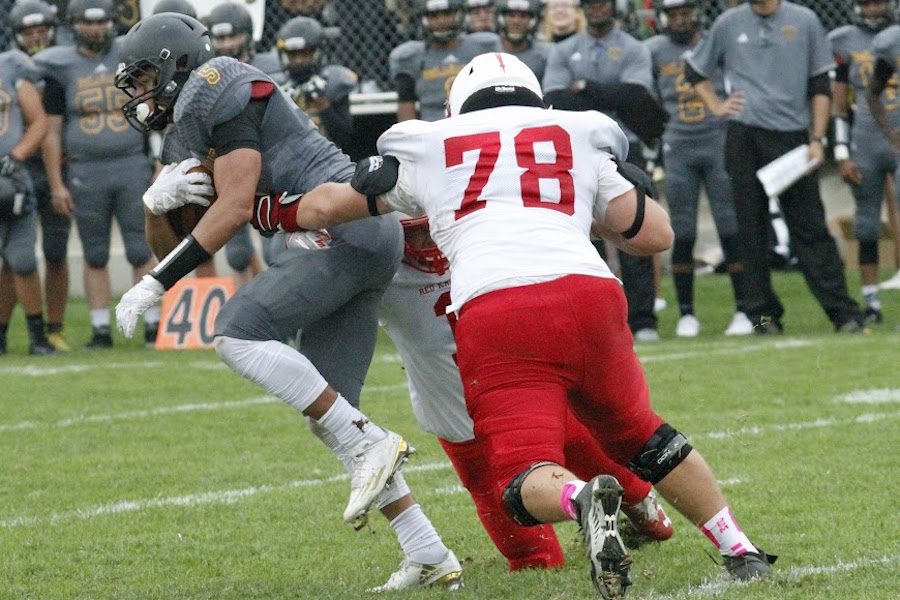 Senior Eric Wilson was both a captain and an offensive lineman on the championship team.

Senior Eric Wilson was recently given the AAA Award for his outstanding achievements in academics, arts, and athletics. This award is given to one Minnesota high school student annually who has maintained high grades while being involved in other activities outside of school. The winner of this MSHSL award receives four $1,000 scholarships over the course of a four-year undergraduate degree at an accredited university.

Wilson, who is involved in band, jazz band, a capella, choir, football, and NHS, attributes his success to many factors outside of himself. “BSM has really done a lot for me, and [receiving the award] really justified my decision to come to BSM. It was an honor,” Wilson said.

Each school in Minnesota is allowed to nominate one student to represent the school, and those students are whittled down by a committee at MSHSL to eight.  From there, those students are invited to a banquet, where the ultimate recipient of the award is announced.

Wilson comes from a long line of successful athletes in Minnesota, and this award represents much more than just the money for him. “My grandpa was a high school football coach for a long time, [and] he is in the hall of fame. [This award] was really important to my family [and] not [because] I got it, [but] just to be nominated [was exciting]; winning it was so surreal,” Wilson said.

Next year, Wilson will be attending Harvard university, and the award will go towards his tuition there. Along with the money, Wilson also got a plaque to commemorate the honor.