New “Beauty and the Beast” appeases fans of the original 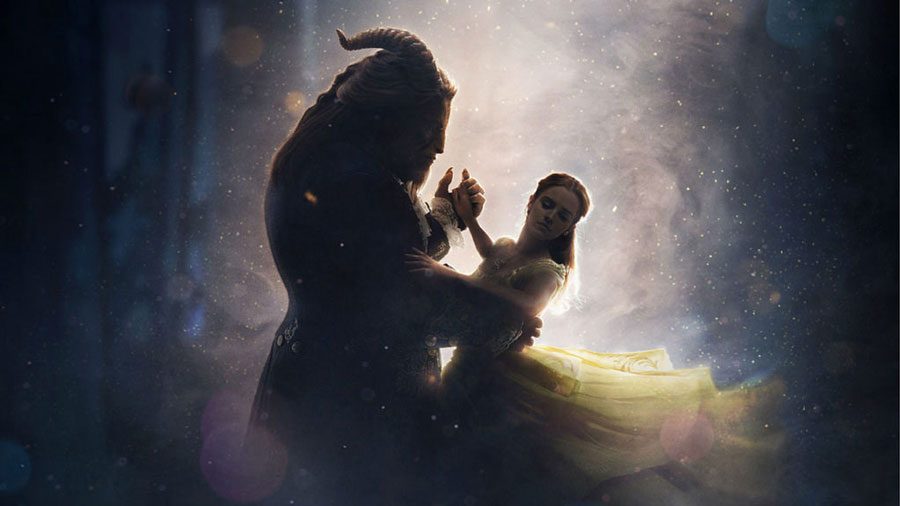 The live action remake of classic Disney film "Beauty and the Beast" hits all of the right notes with an excellent cast.

In recent years, Disney has started to make live action remakes of their classic animated movies, and most recently, they’ve recreated “Beauty and the Beast.” Many fans were nervous that this remake would be a flop, but this new movie proves to be a booming success. The movie is an incredible addition to the array of Disney films, as the combination of a talented cast and detailed sets make sure this movie will be one to remember.

Before the movie came out, however, there were many debates over Emma Watson’s autotuned voice. Maybe they were helping Watson out a bit, but what’s so wrong with that? Throughout the actual movie it may stand out to those with a keen sense of hearing, but it didn’t take away from the actual film itself.

The second thing that garnered a lot of news before the movie came out was when Disney announced Lefou, Gaston’s trusty sidekick, was gay. Some theaters even said they would not show the movie because of this. This is surprising because the fact that Lefou is gay in the movie is so subtly noted that it shouldn’t even be a topic for debate.

In the mid-1700s—the time period when Beauty and the Beast is set—being gay was taboo, but it’s also hard to believe in that entire village that Belle lives in, there isn’t one gay person at all. The fact that Disney didn’t force anything makes it seem natural and real. Disney didn’t pressure Lefou to be gay or just do it for the reviews. Looking back, it’s hard to imagine Lefou any other way.

The set for this movie is spectacular. The town felt small and familiar to Belle, making the viewer share her sentiments. The village fits well into the time period in which the story took place. The villagers had the same clothes and the town was very detailed. The castle had an elaborate garden and incredible design. As time wears on and the castle waits for the beast to fall in love, the petals on an enchanted rose slowly fall. The set shows the castle as it feels each petal fall. It aged with the years and seemed empty, which fit very well and looked natural. Overall, the set was incredibly done and meticulously planned. Disney didn’t leave out any detail.

The addition of new characters along with the traditional favorites help make this movie’s world seem more authentic, and it made this movie stand out from the original. All the characters were super fleshed out. Lumiere wasn’t just a funny figure that danced and sang, but he showed real emotions and seemed to have more of an impact when Belle arrived and then when the beast let her go. This helped create the illusion that this castle has been tucked away from society for a very long time. The costumes fit the time period and the animations made the figures look more like elaborate antiques that you would actually find rather that characters than the original. The painted faces help with that illusion.

One of the last big differences between this live action and the original animated Disney film is the addition of Belle’s mother. There are scenes added where Belle is talking about her and Belle’s father, Maurice (Kevin Kline) is carefully moving around the issue. This makes Maurice seem more heartbroken and explains how careful he is with Belle. It also fuels Belle’s need to find out more about her mother.

The movie kept to the traditional music while adding a few new touches and changing some lines to keep things fresh. While many would argue Paige O’Hara the original voice of Belle, had a better voice than Emma Watson. Watson brought a new take on Belle and showed everyone she has an incredible singing voice as well as being an outspoken actress. The music works as a reminder of the classic film but often steps out of that shadow to make a number it’s own. This allows for memorable moments as viewers leave the theater still humming the songs.

Overall the movie was spectacular. The combination of the beloved story, a few new songs, with the same wonderful classics, a talented arrangement of celebrated actors and actresses, and suddenly, you’ve got a movie worth seeing.