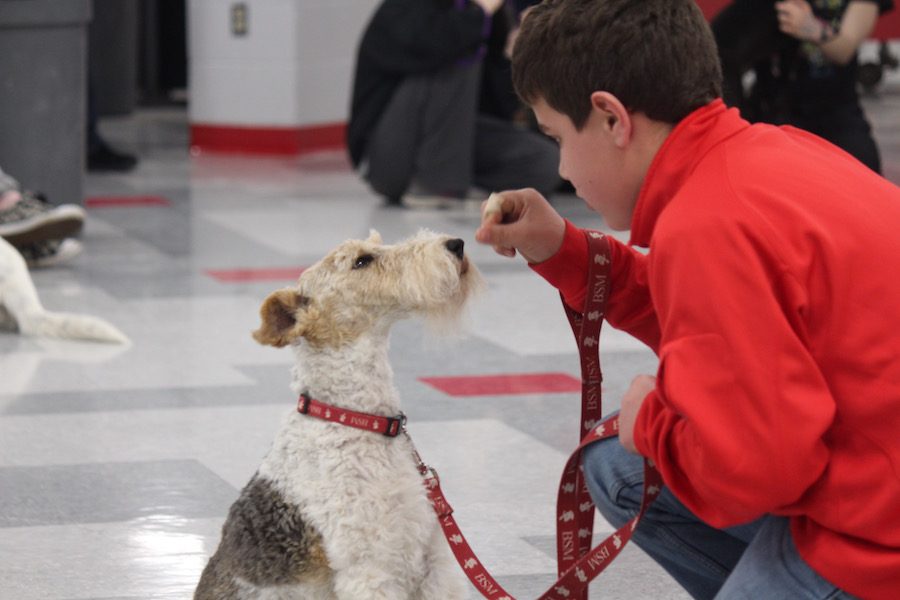 The student council hosted its annual Dog Fest, in which students brought their dogs to perform tricks.

The annual Dog Fest is a long-standing tradition at BSM. The student council invited faculty, students, and staff to gather with their dogs in the Commons for an evening of playtime and friendly competition. Twenty-nine dogs participated in Dog Fest on Wednesday, April 5. “This was the record highest number of dogs we’ve had at Dog Fest,” senior McKenzie Dunleavy, Dog Fest host and student council member said.

Dogs and their handlers began the evening at 7:00 PM with mingling and casual play time before the two-part competition commenced. First, all the dogs formed a large circle and paraded before the judges: Spanish teachers Ms. Mary Murray and Ms. Katy O’Brien and Latin teacher Mr. Rob Epler. For the second portion, each dog was announced individually and asked to show off their best trick for the judges and the crowd.