Students reflect on closure of Macy’s at Nicollet Mall

The Macy’s in Downtown Minneapolis has long been one of the well-known faces of Nicollet Mall. Formerly the location of department store Dayton's, Macy's closed its doors this March. 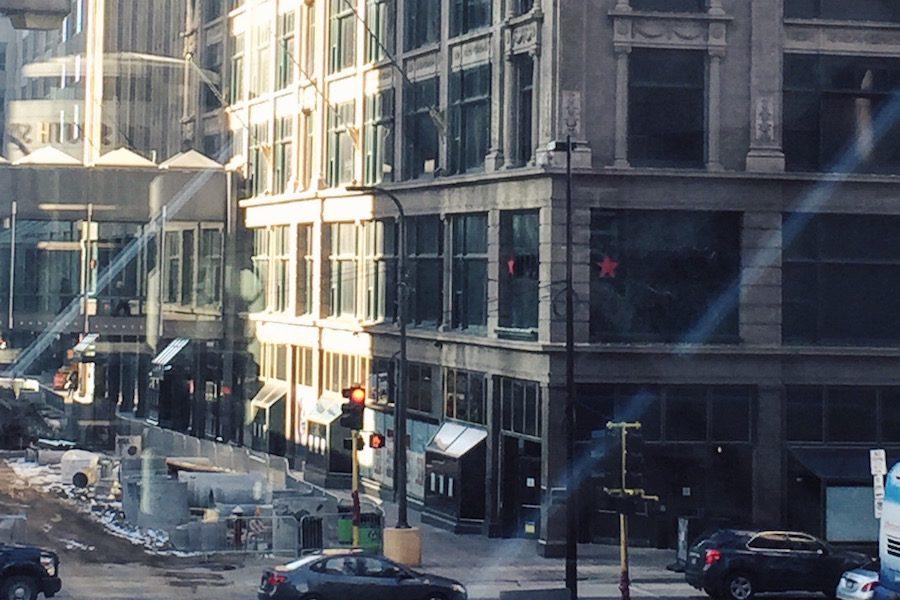 The Macy's at Nicollet Mall was one location that closed this March. Some BSM students feel nostalgic as they reflect on their childhoods at this location.

Over the past few years, the Ohio-based company has been closing several of its stores, and the Nicollet Mall location was the latest victim of these closures. According to the Pioneer Press, this closure is part of a larger plan of Macy’s, where around 10,000 jobs will be cut, 280 of which are coming from the Nicollet Mall location. The building was bought out by a real estate company, 601W, for approximately $40 million, with plans to open some offices, as well as possibly some retail stores.

This closure will affect the lives of many Minnesotans, as that location has been the home of Macy’s and Dayton’s for over a century. This centralized shopping location has long held a special place in the hearts of Minnesotans.

Sophomore Em Paquette had been going there since she was just two years old, and she had some fun times at the Nicollet Mall Macy’s. “I think part of [the fun] when I was younger was the experience of going downtown, because I live out in the middle of nowhere, so it’s kind of fun to go downtown and experience the life of it,” Paquette said.

For many, some of the best times were around Christmas when Macy’s would put up its famed eighth-floor display. This holiday display was known for being very over-the-top with its production and visiting it was a tradition for many Minnesotan families. “I used to go there every single year; I would sometimes even go there twice. It meant a lot to me because it was a family experience; I would go with my cousins, my aunts, my uncles, and my grandma,” Paquette said.

Not only did this Macy’s play an important role in the holiday and retail life of Minneapolis, but it was also important in the family lives of many. Senior Michael Dickson has a very close family tie with this Macy’s. “I have been shopping at this Macy’s since I was one year old [since] my grandma worked there. I would go in there and run through the aisles with my grandpa, trying to find my grandma working,” Dickson said.

Despite this Macy’s closing, there are two other Macy’s still open in the metro area: in the Ridgedale Mall in Minnetonka and the Mall of America in Bloomington.

Now shoppers are left with the decision of whether or not to look for a new Macy’s to shop at. “I was [at the Nicollet Mall Macy’s] more for the experience, but I go to Ridgedale a lot, so I will probably venture into Macy’s there,” Paquette said.

Overall, many Minnesotans, including BSM students, will deeply miss this part of Nicollet Mall. “I think I just have a lot of experiences with Macy’s, more than I shop there. I’m sure I can shop other places, but it’s the memories that I will miss from Macy’s,” Dickson said.