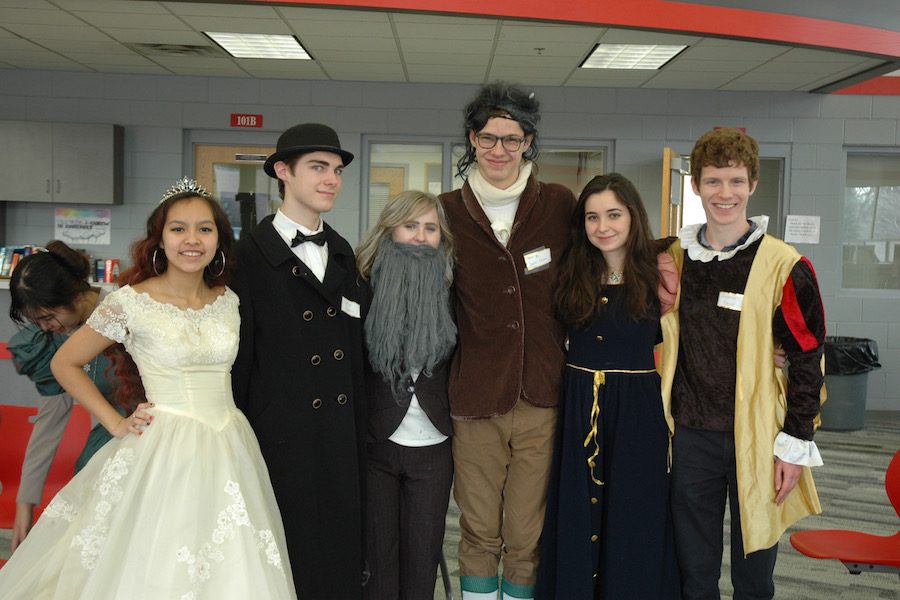 Students dressed up as a wide variety of figures throughout European history, including Charles Darwin, Karl Marx, and Queen Isabella of Spain.

The AP European History class took part in an “Enlightenment Salon,” which allowed students to take a look at different people in history and teach their classmates in a more direct manner.

“The Enlightenment Salon is a chance for students to adopt the role of a character from European History. They come dressed in character and adopt that persona for the duration of the salon,” AP European History teacher Ms. Cherie Vroman said.

The project required students to do a lot of research, so they were prepared to fully embody the historical figure. They chose their character right before Christmas break and were then given time to complete the requirements before the due date on their own time. “[The] research and doing assignments probably [took] eight or ten hours and [the] costume was probably another two,” senior Bryan Sauer said.

To get a good grade on this project, students were required to not only perform as their character but to also write a résumé for the character and a short position paper. “[A position paper] describes your character’s view on certain issues, like on human rights, what the best type of government is, and religion,” Sauer said.

The students participating in the salon were given the opportunity to communicate with parents, teachers, and other students who were welcome to come and ask the characters questions. “We periodically did a large group discussion with all the characters. I had a question and people gave their character’s perspective. Then, there were times where they just mingled with guests and guests could interact, ask questions and talk with them,” Vroman said.

The majority of students are pleased with the result and learned a lot through the experience, this was a fun new way to present a very interesting topic. “It was fun being in character and talking to people,” Sauer said.