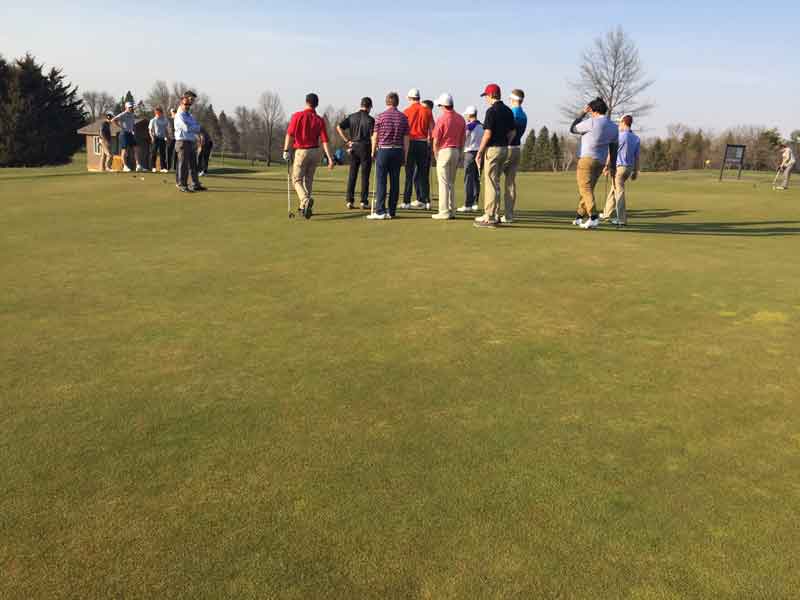 The multiple seniors previously on the golf team are not a part of this group, and have found personal fitness and ultimate frisbee as among the healthy alternatives to the sport.

As the spring sports season are now in full swing, players get settled into their respective spots on the teams.  One season has started out a little differently than the others.  The boys’ golf team had many players try out this year in hopes of making the varsity team.

It was a very big senior class coming through during tryouts early spring, some thinking it would be an easy “walk in the park” since they were on it last year.  Some got a rude awakening once the team’s roster popped up in their emails one morning.

One senior had it especially rough; senior Charlie Wolfe tried out for the golf team last year as a junior only to discover he made the varsity team.  Then, after tryouts for the 2016 season, Wolfe did not see his name on the varsity roster.  “I was confused because they had a special team called ‘seniors,’and I wasn’t sure what this was – it turned out the ‘seniors’ team was everyone who got cut,” Wolfe said.

A similar situation happened to senior Macartan Commers, who had previously been a member of the golf team for five years, hoping all the work he had put in would pay off and that he would make the varsity roster finally.  In a very similar situation to Wolfe, neither one of them was told of this news by the coaches.  “The coaches didn’t say anything to us about getting cut, but then a couple days later Mr. Pettinger called us into his office and told us the team didn’t have room for us,” Commers said.

This hurt for many of the seniors since many of them really love to play golf and have for most of their lives.  But sometimes these curses can end up being a blessing in the end.  Since most seniors didn’t continue on the practice team they were opened up to new opportunities and things to try out.

Commers was quick to join the ultimate frisbee team, and after dominating a B-team game, he was immediately moved up to the A-team.  Being a huge addition to the team, everyone was excited to have him.  Unfortunately it didn’t end the way he wanted to as the first game he played, he had an awkward fall with his elbow landing on an opponent’s cleat.  After he reluctantly decided to go to the doctor with all the pain, he found out he had broken his elbow, ending his newly-begun ultimate frisbee career.

Wolfe, on the other hand, has had a better experience so far.  He has also taken up ultimate frisbee, but not as intensely as Commers did.  After terminating his golfing career he has found other useful things to do with his time.  “I have joined the Ultimate frisbee team and started working [out] a lot more,” Wolfe said.

As for many of the other seniors, they continued on similar paths and were able to find things to do, whether that be supporting other athletic teams at BSM or finding things to do on their own time, such as getting a job.  Either way, some may have been sad to not make the team, but it might be a good thing for the seniors in the long run as they are now open to other opportunities.