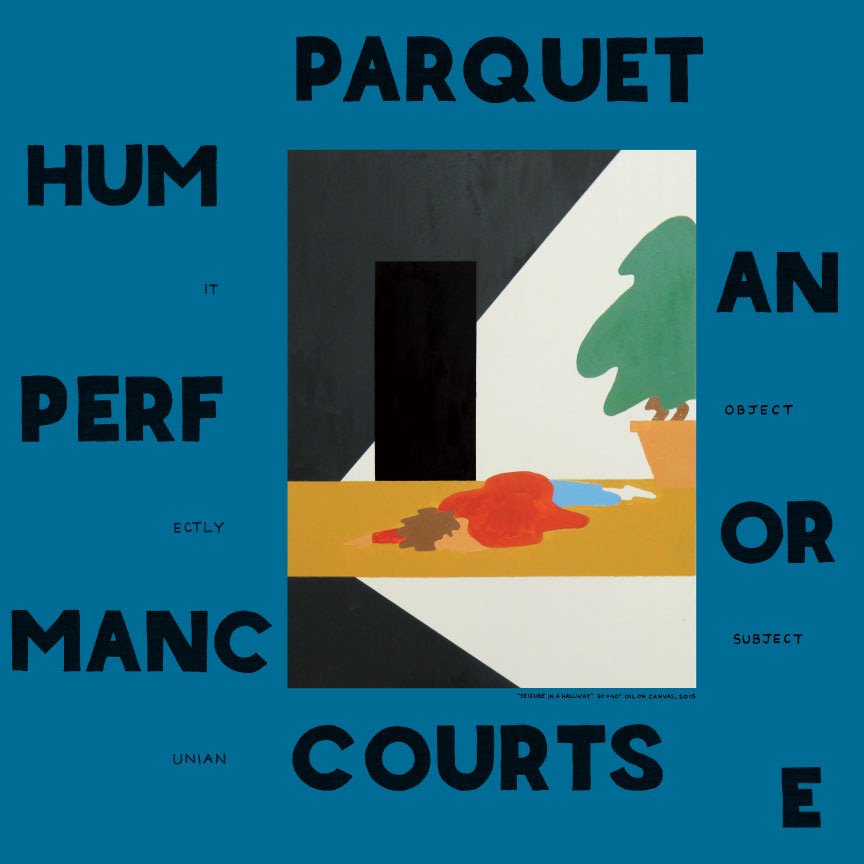 First and foremost, Parquet Courts are not a quiet band; their past three records ”Light Up Gold,” “Sunbathing Animal,” and “Content Nausea” were punk-influenced Americana Rock that took stabs at political and social issues. However, on their latest record, “Human Performance,” they have quieted down (slightly), making room for more personal themes of love, disdain for one’s past, and the limiting factors of modern life alongside their characteristic qualities, while sounding at times more like alternative rock’s forefathers, The Velvet Underground, than ever before.

Musically, “Human Performance” does not differ greatly in comparison to Parquet Courts’  previous records; their american-rock sound remains––quirky, yet cool with its complementary guitars and Thurston Moore-esque vocals from Savage and Brown. Where it does differ, however, is in veering slightly from their past-dedication to pure guitar rock; on this record, they incorporate electronic drums and synths to their music, effectively widening the scope of their sonic reach.

The album’s highest reaching point is in the side-by-side tracks, “Human Performance and “Outside,” on which primary songwriter, Andrew Savage, displays his remarkable lyrical strength. “Human Performance” is a regret-filled track about mistreating the one you love and features an infectious, vocal effects-heavy chorus. “Outside” features a similar theme, detailing how those people one loved in the past continue to live on and affect them in the present.

Other highlights include “Captive of the Sun,” a sort of early ‘90s Beck sounding laidback chant track about the restraints of modern life, “Steady on My Mind,” a downbeat tune about spending time away from the one you love, and “One man, No City,” the most punk track on the record, in which Brown takes a contemptuous look-back at his childhood hometown of Denton, Texas.

Human Performance Technology is a business approach to maximizing individual and organizational performance. On the title-track, Andrew Savage gives his idea of what maximizes performance: “Phantom affection gives a human performance.” According to Savage, what drives us to act is the very thought that we are loved, giving end to the notion of love as an intangible that is both given and received, and opening the door to the selfish belief that the idea of love received is enough to motivate a human being in the internet age.