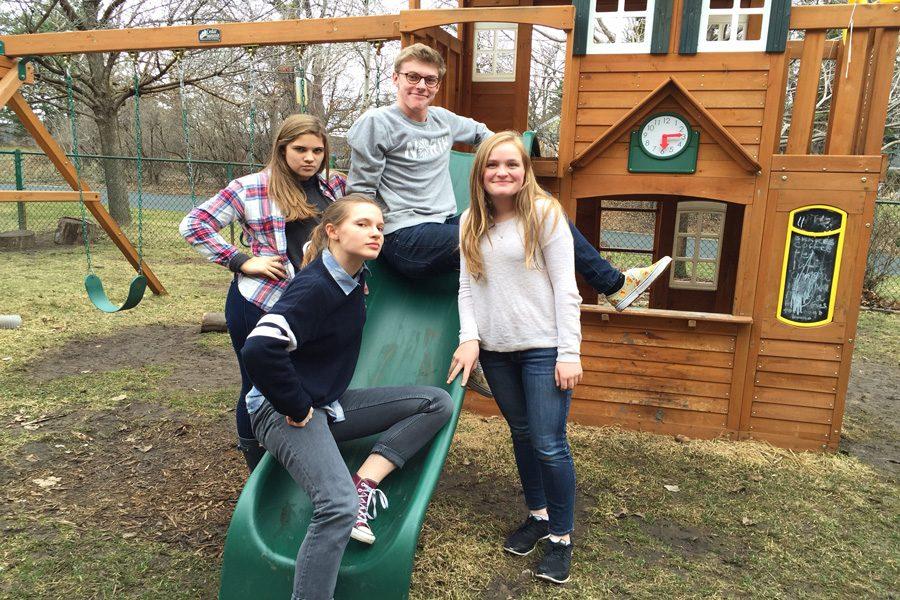 As the school year slowly comes to a close, seniors are dancing with anticipation for the end of their high school career. Senior sliding is something that every student goes through at some point, except for the valedictorians, who “claim” to be committed until the end of the year. Most seniors have an idea of where they are going to college, so they tend to lose interest in their school performance. Whether it is not studying for tests, not putting effort into homework, or even not doing homework at all at this time of year, seniors don’t care about school.

Some seniors begin their slide early “I’ve been sliding since the beginning of the year! It’s going pretty good, I fall behind a little bit, but I get by,” said senior Lucian Parece. On the other hand, some begin sliding later in the year just to be safe from taking their finals. “Once I know that I will get at least a C, then I won’t care anymore,” said senior Payton Miller. Skip-a-final is a big deal to seniors, so when beginning the slide, there is careful planning on when to initiate failure.

There are many different opinions on second semester for seniors. Some think it’s a tragedy akin to putting raisins in cookies and some think it’s a small price to pay when graduation is the payoff. “Absolutely I think it’s pointless. Teachers start to give less homework, and very few colleges, if any, will look at your second semester grades. It’s just a wasted semester,” Miller said. Others wouldn’t mind less of a workload. “I don’t think it is pointless, because we need to finish the school year. I do think, however, that we should have much less pressure put on us because most of us have gotten into college,” Parece said.

Many students would appreciate every class to be pass/fail, which would also say something about senior’s academic aspirations. “I think the teachers know that we don’t care anymore, it just doesn’t really matter to them. I definitely think the amount of work (especially homework) should be lowered,” said Parece.

Miller is passionate about the end of his high school career. “Some teachers try to give out tests and homework, and it’s just annoying. Many teachers don’t understand that we just don’t care anymore, which makes for a situation that can move from awkward to physically painful. I have a countdown on my phone set for the last day of school, and I look at it everyday, just to remind myself how little time we have left,” Miller said. As the school year is slowly ending, seniors begin to slide away from their responsibility with the hope that teachers will help accommodate their dreams.