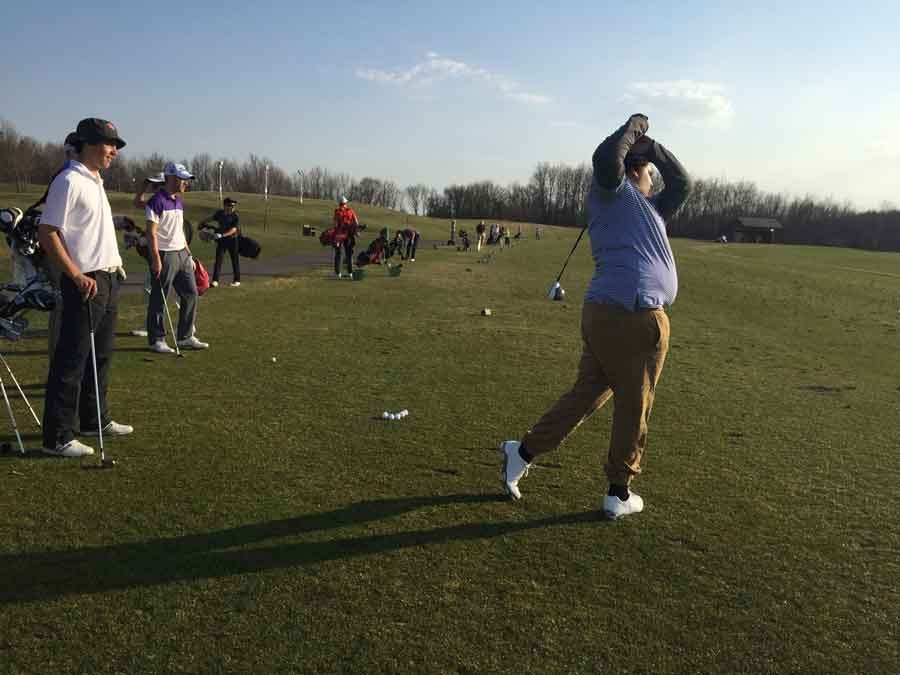 Sophomore Mehdi Duda practices his long game at the driving range at a recent practice.

As winter turns to spring and the weather gets warmer, preparation for the beginning of spring sports is at its peak.  For the boys’ golf team, this means the beginning of a hopefully successful season.

Even though they have high expectations, it will be harder to reach those goals without some returning players.  “We lost Mark Kaske and Justin Winter,” Will Rosengren, a senior captain for the team, said.

As the team looks to replace Mark Kaske and Justin Winter, the team will look towards the returning seniors for guidance.  Rosengren hopes that the team is able to win the conference and have a shot at making the state tournament.  “We hope to win conference this year.  It’s our second year in the Metro West Conference, and it would be nice to win this conference for the first time.  We also hope to make it to state as a team,” Rosengren said.

Not only will they lose leadership with the losses of Kaske and Winter, they will also lose a lot of skill.  One player to combat this loss of skill that Rosengren identified as being a key member of the upcoming season is junior Nick Sims.  The hope is that he will be able to help fill the void created by the loss of graduating seniors.

After spring break, the boys’ golf team will start to get to work and hope that they will be able to reach their goals of winning the Metro West Conference and try to make it to state as a team.  Those are lofty goals, but the team is confident that they can reach them.