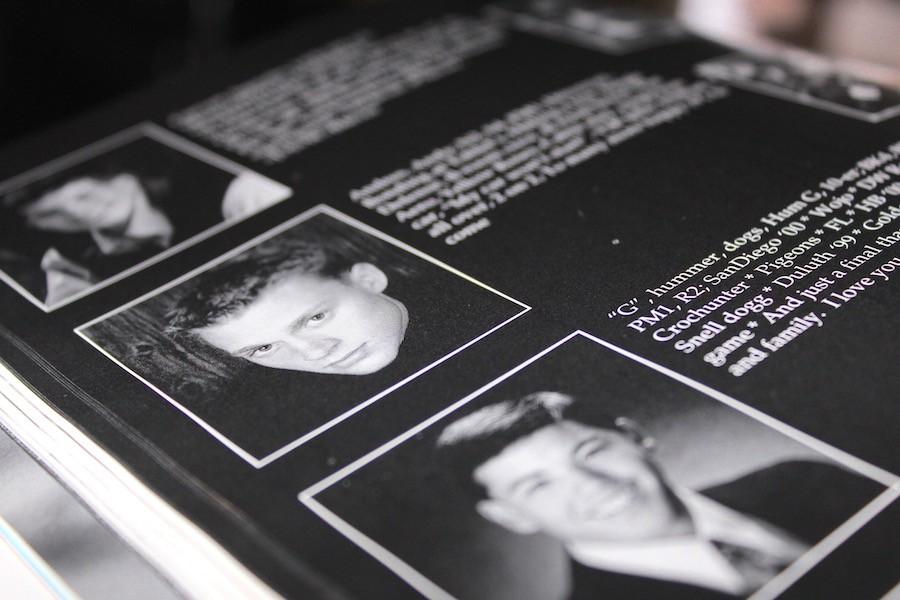 Gauthier graduated from BSM in 2001 and now is the Executive Producer of Buzzfeed Video.

BSM alum Andrew Gauthier, a former Knight Errant editor, is pioneering the new front of media in a digital age. He spent time last year working in Sydney and London, and, most impressively, is now an executive producer at Buzzfeed Video.

After graduating from BSM in 2001, Gauthier attended the University of Wisconsin-Madison, where he majored in film studies. “For awhile I was a double major in English and film studies, so I spent a lot of time analyzing and critiquing novels and films. I eventually decided not to double major, so I could graduate in four years, and I chose to just stick with film,” Gauthier said.

From there, he moved back to Minneapolis and tired to kickstart his film career. “I tried to get internships with production companies in New York while living in Minneapolis, and it wasn’t a very successful approach, so I just decided that I was going to move to New York,” Gauthier said.

Moving across the country on a whim was one of the biggest decisions of Gauthier’s life, but he was very optimistic. “I scrounged up enough money for my girlfriend and I to pay two month’s rent in New York’s East Village, and we decided that we would go and try to find work, worst case scenario being we leave having spent two really fun months in New York,” Gauthier said.

Once there, Gauthier realized there was still a ways to go to establish himself in the field. “I had never been to New York before I moved there, and so when I was there it was just a lot of getting to know people, looking up job listings, and trying to figure out a way to get in [the film scene],” Gauthier said.

However, when he found a way to pay his rent and make films, he stayed much longer than the original two months. “I got a job as a bartender and an internship at a production company, and for my first year in New York I would bartend at night and work at my internship during the day,” Gauthier said.

Although Gauthier majored in film studies and spent a lot of time analyzing plots and screenplays, he discovered that making movies might not be the best fit for him. “The production company I worked for produced shows for ESPN, BBC, and A&E. I quickly learned at that job that I really enjoyed working on non-fiction stuff, as opposed to fiction, just because documentary shoots are a lot more fun. [At non-fiction shoots] there’s the fun pressure of trying to get as much reality as you can in a short amount of time,” Gauthier said.

Gauthier had found his niche in nonfiction filmmaking, but saw the future taking him in a different direction. “After working in TV for a few years I made the decision that I wanted to be the best at making internet videos, as opposed to being pretty good in an established medium. I wanted to be really, really good at the new thing,” Gauthier said.

That was when Gauthier decided he really wanted to work for Buzzfeed. “I worked various jobs for different internet companies, and around 2011 I became totally obsessed with Buzzfeed. I remember making a list of places I had wanted to work and Buzzfeed was number one. I spent months trying to figure out how to work at Buzzfeed, and eventually I saw that a friend of a friend tweeted about an opening. I saw that opening and knew it was my shot; I needed to get it,” Gauthier said.

Competition for the position was plentiful, but Gauthier had an ace up his sleeve. “I was very fortunate because around the time they were considering hiring me, I had made a video with Jessie J, where she performed a song at the Times Square subway station. That video went really viral, and I was fortunate to have my name attached to something a lot of people were viewing. Buzzfeed is all about creating viral content, and I got the job,” Gauthier said.

Gauthier began working at Buzzfeed in August of 2012, and at that time Buzzfeed had less than 100 employees and one floor of a New York office building. At the time, Gauthier was Buzzfeed’s first video staffer, and he worked closely with Buzzfeed Motion Pictures president Ze Frank. Currently, Buzzfeed now has over 200 employees in the video department alone, and offices producing content all around the world.

Gauthier has made videos with many famous people, including President Obama. “While preparing for shoot in the White House, the security politely asked us to turn our music down, and we also had to show the President how to use a selfie stick, so it was pretty fun” Gauthier said.

Knight Errant also helped Gauthier build confidence in his abilities, and gain valuable leadership experience. “I never thought of myself as someone who had the skills or background to take on a leadership position, but I submitted my name and when I was chosen to be Editor-in-Chief; it was significant because I didn’t know until then that other people believed in my skills, too,” Gauthier said.

Although now based in Los Angeles, Gauthier spent time last year in both London and Sydney helping launch their video departments. He’s also helping oversee the launch of Tasty, a brand new food Facebook page that has gotten over 26 million likes in just a few months. Although the future is uncertain, Gauthier is more than happy with his current position. “At Buzzfeed we’re dedicated to making things people want to share. Whether it be through conversation, Facebook, Twitter, Snapchat or Instagram. My favorite video is always my next video, we’re always pushing forward,” Gauthier said.