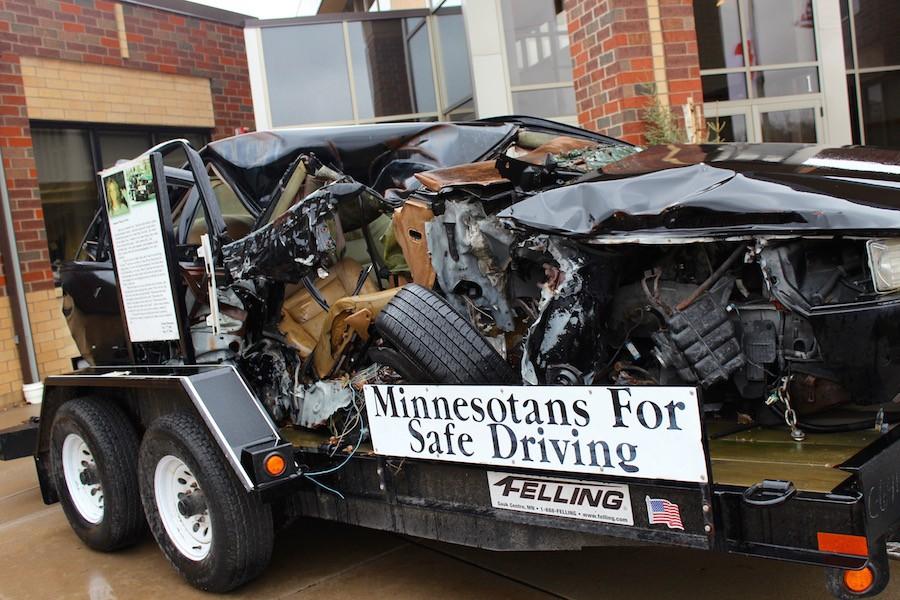 Knightlife kicks off the week with welcoming the students with a touching story.

Knightlife, a BSM club that promotes a chemical free lifestyle, celebrated Chemical Health Week, which is devoted to raising awareness of the risks of drugs and alcohol. Throughout the week, the club facilitated different activities each day to advocate for BSM students to become drug and alcohol free.

On Monday, Knightlife brought in a car that been crashed by a drunk driver, which resulted in the death of the driver. The club brought in the car to spread awareness of the dangers of driving under the influence. “We hoped to spread awareness of the dangers of drugs and alcohol so that students can make more informed decisions,” Anna von Kampen, the president of Knightlife, said.

On Tuesday morning, Knightlife members stood in the main lobby before school and handed out red ribbons to everyone. The red ribbons are meant to show the love, compassion, and sympathy that the BSM community should feel for victims of drug and alcohol-related illnesses and deaths, as well as for their families. The club chose the ribbons because they can be used in lots of different ways. “You can put it on your laptop bag, your backpack, on your wrist, or really anywhere,” junior Josie Ross, a leader of Knightlife, said.

Next, Knightlife decided to test the school’s knowledge of drugs and alcohol by hosting to trivia panels on Wednesday and Thursday. On Wednesday, the panel was in the Cafeteria and it took place during A, B, and C lunches. In these trivia games, students challenged Knightlife members. On Thursday there was a larger panel in the Library that offered more questions. In this game, students faced teachers. “There were two student teams and a team of teachers, and it was close throughout the whole game,” Knightlife vice president Lauren Goldstein said.