Girls swim sends all swimmers to Finals at State Meet 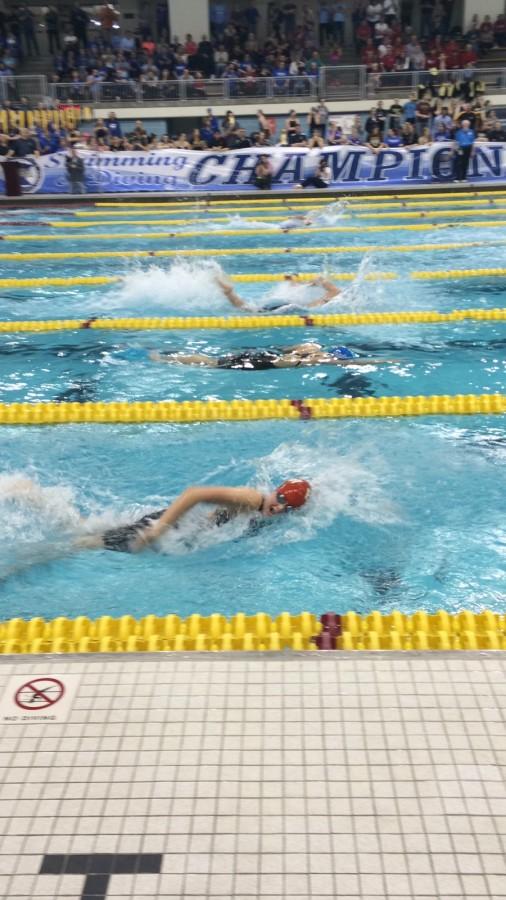 Grace Hedin is seen swimming here in the 400 yard Freestyle Relay, where team would end up getting 6th.

The BSM girls’ swim team had a great performance at Prelims of the 2015 MN State A Swimming & Diving Championships on Thursday, November 19.  The girls sent all of their swimmers to Finals and have four individuals/teams up for All-State recognition tomorrow.

The girls also had two relays that both will swim in the Championship Final and will be up for medal contention tomorrow.  Both relays consisted of Hedin, Satre, Schieffert, and Semler.  The 200 Free Relay (1:39.48) achieved the highest mark of any Red Knight individual/team of the Meet so far by placing 4th at Prelims and the 400 Free Relay (3:39.81) will also be able to be awarded with All-State medals.