Fall TV: what you should be watching 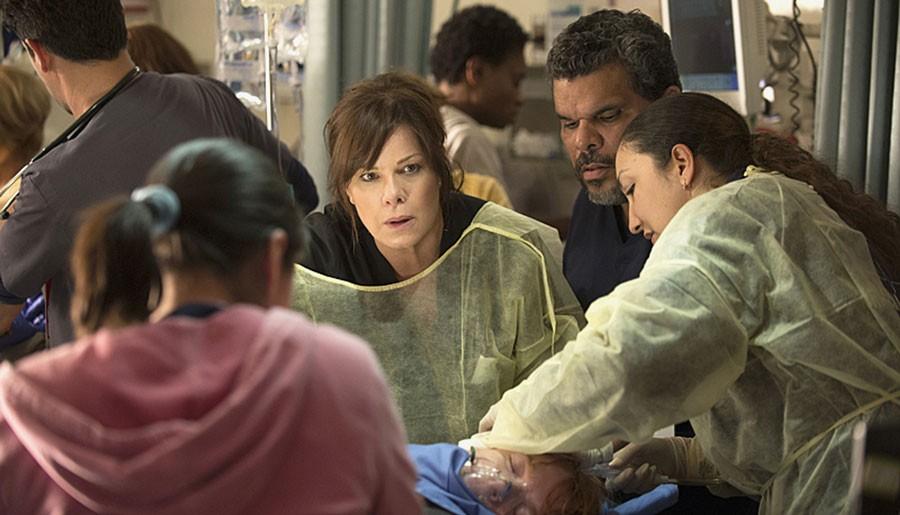 Code Black is CBS' addition to the medical drama scene, and is one of the thrilling new shows on television this fall.

Fall is the best season there is. The leaves are changing, the summer humidity is all but a memory, and the days of sipping from a mug of hot cocoa while binge-watching Netflix are coming full steam ahead. Though, there’s something better about fall than even the prettiest of days: fall television, always brimming with new and exciting shows to watch along with returning seasons of our favorite series.

There’s much anticipation surfacing around NBC’s newest drama Blindspot. The show centers around a woman––known only as Jane Doe––abandoned in Times Square in the middle of the night wearing no clothes and covered in tattoos. She can’t remember anything about herself, not even her name. The FBI discovers that she has refined, high-level combat skills that would only be known to someone with extensive training in their background. Each episode focuses on a clue revealed by one of her tattoos, as Jane tries to figure out who she really is. The pilot was a little bland and didn’t do a great job of grabbing the audience, but the show has potential and may redeem itself as the season progresses.

Another show that’s garnering hype this season is ABC’s Quantico; a series profiling the seven most elite recruits of a recent FBI class. The catch? One of the new recruits is a terrorist, having blown up Grand Central Station. The series’ main focus is finding the terrorist.

One last show worth checking out is CBS’ new medical drama Code Black which had me hooked after the first ten minutes, in a state of constant wonder and curiosity. My theory is that Code Black is CBS’ crack at the medical drama scene, now that Grey’s Anatomy seems to be flirting with its impending doom. Rumor has it NBC is joining the club with their own medical drama Chicago Med set to premiere its first season in November.

Leading the pack for the highly anticipated returning shows is Grey’s Anatomy, which has just rocketed into it’s 12th season. The premiere this year was less than stellar, but the following week’s episode made up for the mess the premiere left behind. With most of the show’s original characters having departed, it might be fair to argue that “Grey’s” is on its way out the door.

Another show getting a lot of hype is FX’s American Horror Story. This year marks the fifth season for the series. Every season the show picks a different theme, ranging from everything from an insane asylum to a ghost-infested house that kills its residents. This season, a haunted hotel will take center stage as the main backdrop of the show, featuring Lady Gaga in a headlining role as the hotel’s owner.

To a particular heartbroken demographic fall television will never be the same. After 15 seasons, the flagship show of the CSI––Crime Scene Investigation––franchise, has been cancelled. As a last-hurrah, a TV movie entitled Immortality premiered in late September to send the series off for good. As a result of the original CSI, three spin-off series have become realities: CSI Miami, CSI NY, and CSI Cyber. CSI Miami and CSI NY have seen better days, ending after ten and nine seasons respectively.  While CSI Cyber is still going strong having begun its second season this fall.

In a nutshell, fall is the best time for TV, giving us an impeccable combination of new shows to be excited about and the return of old favorites that keep us crawling back for more every year.