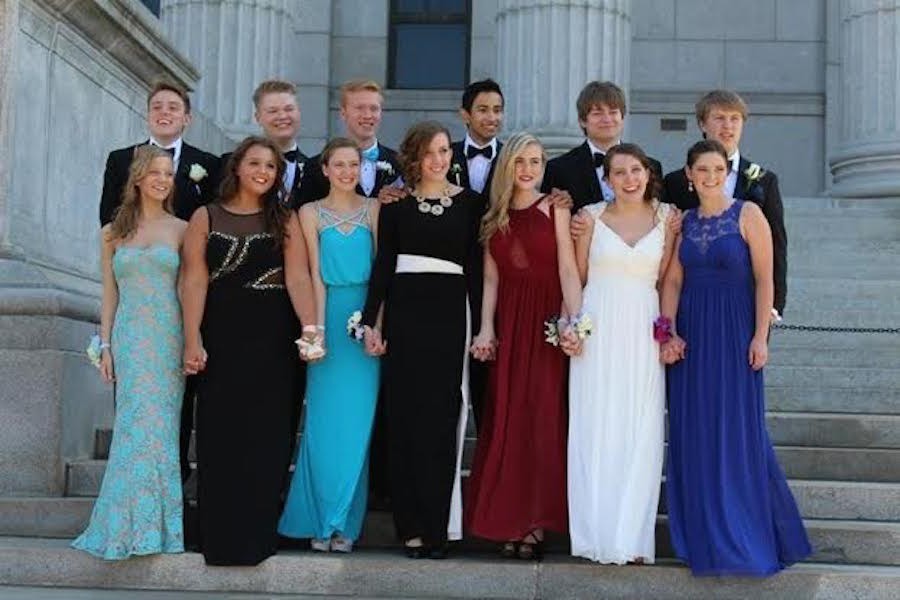 Korts (far left) at prom, wearing a back-up dress because her dress arrived two weeks late and in the wrong size.

Sometimes, a bad experience can evolve into being featured on a national news segment. Abbie Korts, a member of the graduating class of 2015, was recently featured on Good Morning America in a segment called “The Fixer.” In the segment, a woman named Stephanie Zimmerman helps people with consumer problems, such as being scammed or ripped off by a certain company. In the end, her goal is to solve the customer’s problem and resolve the issue with the company.

For prom last spring, Korts decided to order her dress from an online store.  However, the dress she ordered didn’t come until two weeks after prom. Even worse, the dress was too big and the company refused to give her a refund. However, she was able to contact Zimmerman, who contacted the company, sorted out the issue, and got Korts a full refund on the dress.

While filming the segment, Korts admits to having both anxiety and eagerness.  “I was a little nervous, but also excited to see what the news stations really do to prepare a new segment. It took a lot of work and time, but it was also a very fun experience,” Korts said.

For the future, Korts offers a word of advice when shopping online. “If you want to order online, make sure you look into the company before you buy or give your credit card number to them.  Always be cautious as to who you are buying from and definitely read their policy before you buy,” Korts said.