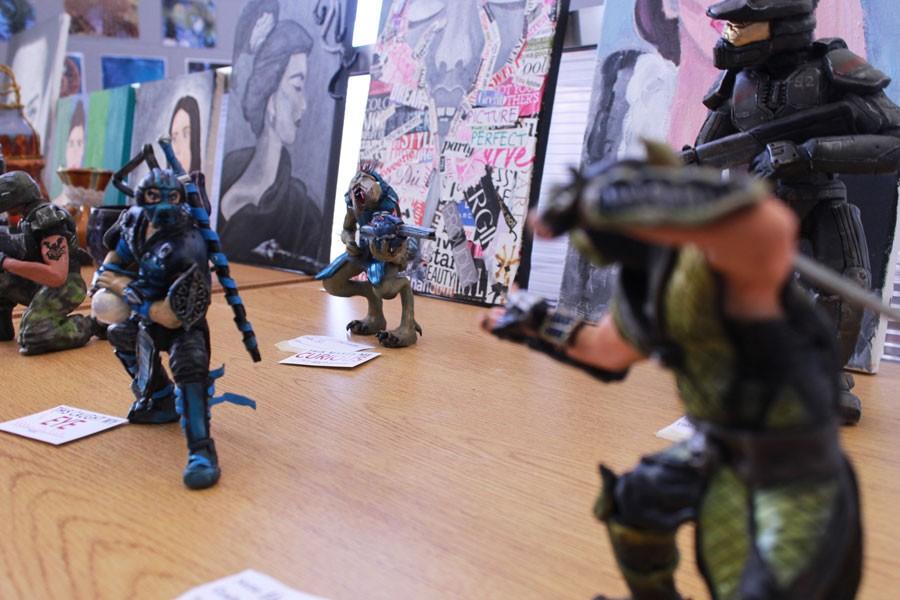 Knight Errant: How long have you been sculpting?
Matt Bonvino: I have been working with polymer clay for a really long time, about since I’ve been in third grade, and I just picked it up again in twelfth grade and I have made lots of military miniatures so that’s where focusing on detail became important to me.

KE: What got you into clay?
MB: I’ve always been fascinated in making my own interpretations on a character or something like that so it’s basically an interpretation of something that already exists.

KE: What inspires you?
MB: Right now, works of other character designs that I really like. So a lot of video games is what a lot of my work is based off of.

KE: What’s your favorite piece you’ve done?
MB: When I make my pieces, I put so much time into each one that is really hard to distinguish which one I like over another one because I put a lot of time into each one. It’s about two weeks sketching what I’m going to do, and then many more weeks to make the piece, so you get an attachment with each one you do so it makes it hard for me to answer that question because I like all of them.

KE: What are you working on right now?
MB: Right now, since Mrs. Puffer isn’t currently at Benilde, I am teaching the Clay I students.

KE: Isn’t there a sub?
MB: They do [have one], but he’s more of a wheel guy, so I’m teaching them in hand. I think that’s another good thing, you don’t want to keep your skills to yourself, it’s always good to spread it around and spread what you know.