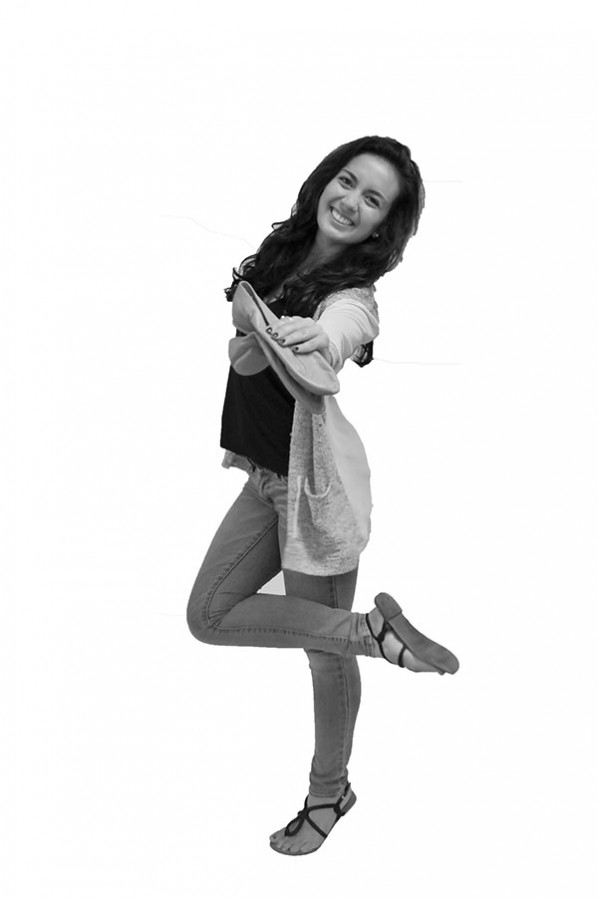 I’ve known and been friends with Natalie Chevalier for almost fifteen years now––we’ve been close since pre-school. Throughout our time from elementary school, into junior high, and now, concluding high school, Natalie has integrated creativity and heart into everything she has done. Whether it’s inventing what felt like millions of characters for an “Incredibles” inspired superhero game in second grade or winning the Dance Team state tournament in twelfth, Natalie has been using the right side of her brain her whole life.

This gravitation towards physical creation, no matter what medium, is not a new feature to Natalie’s skill set. “I’ve always enjoyed doing crafts and writing, painting, and drawing since I was little. I like making things and I have a weird love for school projects, as opposed to a lot of people. Anything that I can apply creativity to I enjoy,” Natalie said.

That obvious love of creative expression prompted her to begin dancing at Summit Dance Shoppe at age four, carrying on until she made the Benilde-St. Margaret’s Dance Team when she arrived as a seventh grader. Her fourteen year career reached its ultimate high point during the winter seasons of her junior and senior years when the Dance Team, captained by Natalie both years, won the state tournament for jazz. “Dancing on the state floor was the most surreal moment I’ve ever experienced. Hearing your name called, and hearing the ‘buh’ sound of BSM, and holding your friends’ hands after the longest season of your life was just in- credible. I cried so hard both times,” Natalie said.

What started as a simple love of dance has trans- lated into a love of movement and meaningful physical expression for Natalie. She is planning on taking this passion with her to college, studying kinesiology, specifically exercise and movement science, at the University of Wisconsin-Madison next year as well as dancing on their Dance Team. “I like science in general, but human movement is something that’s always fascinated me. Through my own injuries, I know the toll exercise and movement can take on your body and relating that to science is really interesting. I’ve highly considered studying the movement of dancers because their bodies are so different,” Natalie said.

Using this passion and applying it to her service work as an adaptive yoga teacher at Courage-Kenny Rehabilitation Institute has further influenced her decision to go into the kinesiology. “It’s really cool because what you’re doing is making a difference; you’re work- ing with people with disabilities. You help them stretch and sit up right in the [yoga] process. Knowing that you have a part in relieving that pain they have from whatever disability they have is an unmatched feeling,” Natalie said.

Not everything Natalie does is graceful, however. “One time, I had heels on for mass and I was in a hurry to get to class walking back by the chapel. I slipped on water and completely ate it. My books went everywhere. I’ve also completely ripped my pants down the crotch area because I attempted to do some weird child’s pose mutation as I was walking out of gym class. I’m so embarrassing,” Natalie said.

At the end of the day, dance is what keeps Natalie going. “I don’t know how else to describe it but there’s no feeling comparable to the feeling you feel when you’re dancing. It’s such a different type of movement––an amazing mix of artisticness and athleticism. It’s an escape for me; dancing is speaking with your body. It’s your soul. It’s a glimpse of your soul,” Natalie said.