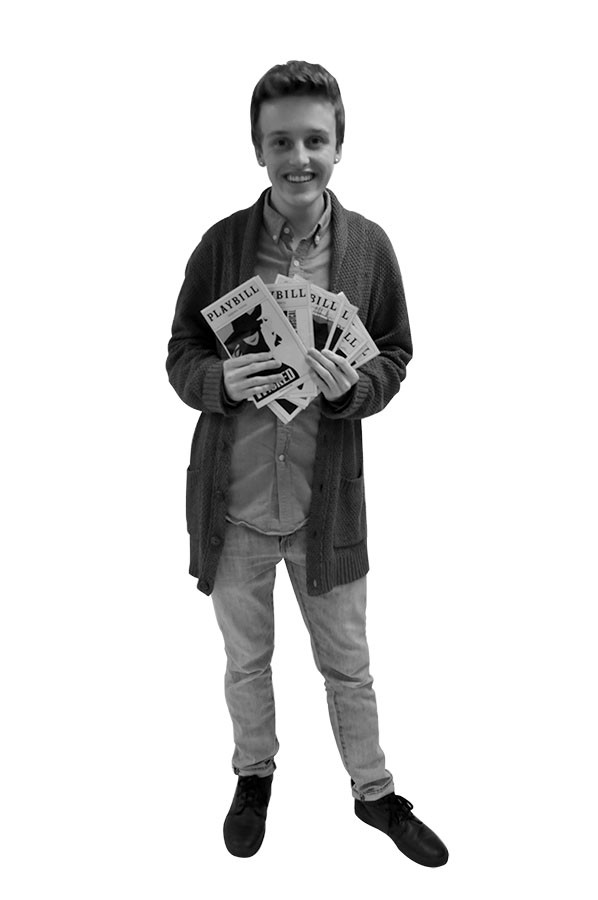 “I’m crazily obsessed with Lady Gaga. I waited outside for her concerts for two hours––in heels,” said Luke Guidinger with the prompt of: ‘Are there any final things you want included in your story?’

Luke is perhaps one of the most theatrically gifted students to ever walk through the halls of BSM––something he’s been do- ing since his arrival to the school in seventh grade. This tallies his BSM stage presence at six years in which he’s participated in every junior high and senior high play and musical, as well as the One Act play each year. In addition to this, Luke also takes classical and musical voice lessons at the MacPhail Center for the Performing Arts, is a participant in Prelude and has done several productions with Stages and the Children’s Theater.

Luke’s theatrical success can be traced back to elementary school talent competitions in which he would sing. “My mom thought I had a good voice [after watching the talent shows] and put me into voice lessons. There were also people at my church that did theater and encouraged me to do Stages, which was my first theater introduction, but it started with singing and then just took off from there,” Luke said.

Next year, he’ll be attending the Boston Conservatory and plans to get a BFA in Musical Theater to use as the basis for what he hopes is a successful acting career. “I want to be a professional working actor in a big city. Let’s say that. I’m too young to be like ‘I want a Tony award,’ come on, let’s keep it humble,” Luke said.

The power and strength in Luke’s singing, acting, and dancing abilities have made impressions on every one who has seen him perform; but sometimes he’s noticed for other things on stage. “During a costume parade at the Children’s Theater, I wasn’t given any pants, so I thought that that was part of my costume. We were doing the show “Hair,” so like we’re a bunch of hippies [so I thought] ‘okay maybe I’m pantless.’ So I walked out without pants on and my director was there, and she gave me this really judgmental look––and she was from New York––so you know, really judgmental,” Luke said.

Despite the clear focus on theater in Luke’s life in and out of BSM, that is not the aspect of the school that he’ll miss the most. “I’ll miss the community feeling. Everyone always says ‘hi’ and is very nice, and I don’t know if I’ll get that on the East Coast––I don’t know if I’ll make these connections next year,” Luke said. However, he is excited to be surrounded by other musically inclined people at the Boston Conservatory and to finally focus his studies in theater.

And with that, Luke’s final remarks for the senior class are as follows: “Be yourself and be fabulous.”