Summer albums to watch for

These albums are sure to make huge splashes this Summer. Be sure to give them a listen when they are released.

Florence + the Machine’s lead woman, Florence Welch, has reunited with her indie rock band after a few years leave from the music scene. Produced by Markus Dravs, the group’s upcoming album, “How Big, How Blue, How Beautiful,” is highlighted by an impressive blend of electronic and organic instruments. The album’s first official single, “What Kind of Man,” features a delicate sound, fused with heavy, compounded chords and riffs. “How Big, How Blue, How Beautiful” is scheduled to release on June 2.

Muse’s seventh studio album, “Drones,” is a meaningful and moving piece that touches on the seriousness of life, death, and living consciously. Matt Bellamy, frontman of the infamous alternative rock group, Muse, describes “Drones” as “a modern metaphor for what it is to lose empathy.” In addition to serving as a showcase for quality music, this album boasts an important message to an evolving society to not sacrifice human empathy and dignity for development in modern technology and drone warfare. “Drones” is scheduled to release on June 9.

Of Monsters and Men’s sophomore album, “Beneath the Skin,” does exactly what the title conveys; takes listeners on an inward journey that is soft and intense. Highlighted by wiry guitar riffs, imaginative lyrics, and raw, tested vocals, this album combines the band’s familiar upbeat sound with a fresh, heartfelt tone. The album’s lead single, “Crystals,” has scaled the charts and gives nothing but hope and anticipation for fans of the Icelandic rock group. “Beneath the Skin” is scheduled to release on June 9. 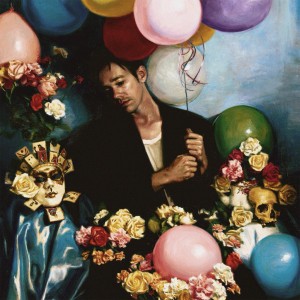 Nate Ruess is trying his luck with a solo album, separating himself from his well-renowned band, fun. Following the recent releases of “Nothing Without Love” and “AhHa,” it is clear that Ruess is diving deep into his bag of tricks and not holding back with his artistic tone. Unlike any artist out there, Ruess’ sound excels in these carefully produced singles. “Grand Romantic” is undoubtedly going to break barriers and force listeners to jump out of their comfort zones, as Ruess’ artistic prowess resonates from his lyrics and production. The album is scheduled to release on June 16.

After parting ways with his post-American Idol record label, RCA, Adam Lambert quickly inked a deal with Warner Bros. Records who is providing him with the opportunity to exceed expectations with his third studio album, “The Original High.” The album’s debut single, “Ghost Town,” is doused in powerful, skyrocketing vocals. Shadowed and moody lyrics coat a spacious house beat, making for a meaningful track. “The Original High” is scheduled to release on June 16.

Jason Derulo’s new album, “Everything Is 4,” is exactly what the doctor ordered, as the multi-talented singer continues to grind out catchy and engaging music. The album is brimming with star power. Some notable cameos include K. Michelle, Meghan Trainor, Stevie Wonder, Keith Urban, and Jennifer Lopez. “Want to Want Me,” “Cheyenne,” and “Get Ugly” shed light on what is going to be a successful follow-up to Derulo’s smash album, “Talk Dirty.” “Everything Is 4” is scheduled to release on June 2.