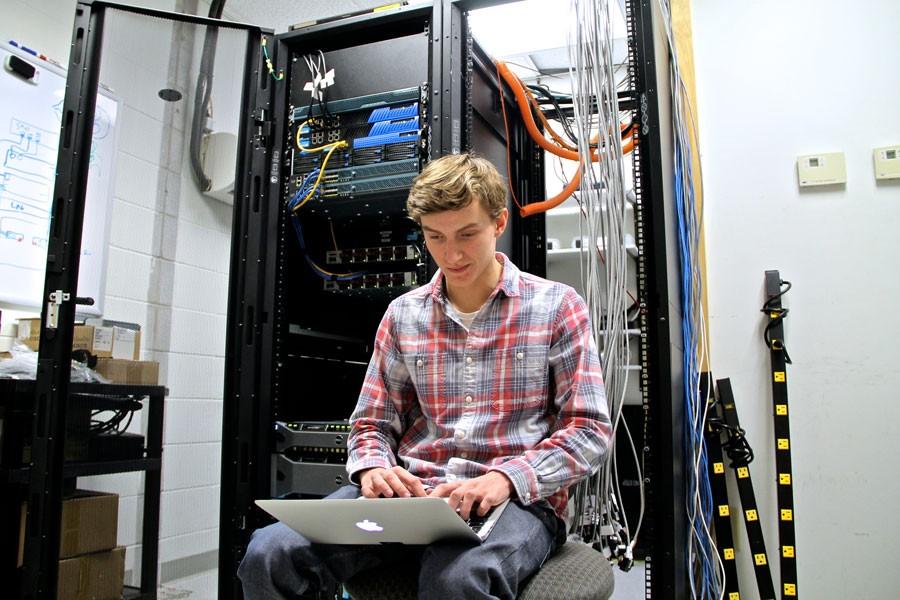 Coder Henri Schmidt believes that it is impossible to master computer programming and spends hours learning as much as he can about building software and improving his skills.

Junior Henri Schmidt uses his love for electronics to pursue and develop ability in coding, a highly coveted computer skill.

At first, Schmidt found the process of coding difficult to master. However, as he continued to learn how to program and code, the project quickly turned into a passion and gradually became easier to maneuver. “[Coding is] giving a set of instructions to a computer in order for it to complete a task. It would go through those instructions sequentially. [It carries] out each instruction like setting a pixel on your screen to a certain color or adding five plus five,” Schmidt said.

“I found it relatively easy to learn after I started, and now I think it’s very easy to learn. I feel like with enough time and effort anyone could learn [it],” Schmidt said.

“I used to go to Breck and I learned [programming] there in seventh and eighth grade and I was pretty good at it by the time I was in sophomore year,” Schmidt said.

During his sophomore year, he decided to take up an independent study during his free hour to further his programming education and used many resources from the Internet to help him. “During [my free hour] I just programmed. There are a lot of resources you can use to learn coding online,” Schmidt said.

Schmidt is still learning new ways to code today and feels that one is never done learning how to code and can always learn more.  “It’s not something you can master because if you’re always programming then you’re always getting better at it. There’s so many different things you can learn to program so I guess I would say that I’m still learning,” Schmidt said.

He feels that one’s knowledge about programming directly reflects the amount of time and energy put into developing the skill. “It really depends on how much time you put into it. Sometimes I put three or four hours a day into it and then you learn it pretty quickly,” Schmidt said.

This summer, Schmidt worked with a company that uses coding in their daily business; the experiences showed Schmidt that the basic, routine work of programming is something he is not interested in for the future. “It was really easy but it was kind of monotonous work,” Schmidt said.

Schmidt doesn’t have any plans to use programming in college or prospective careers. But, he continues to adventure the world of electronics and uses programming. In a field that is constantly expanding, it’s not that hard. “You can do some pretty cool things with computers and electronics once you learn programming,” Schmidt said.