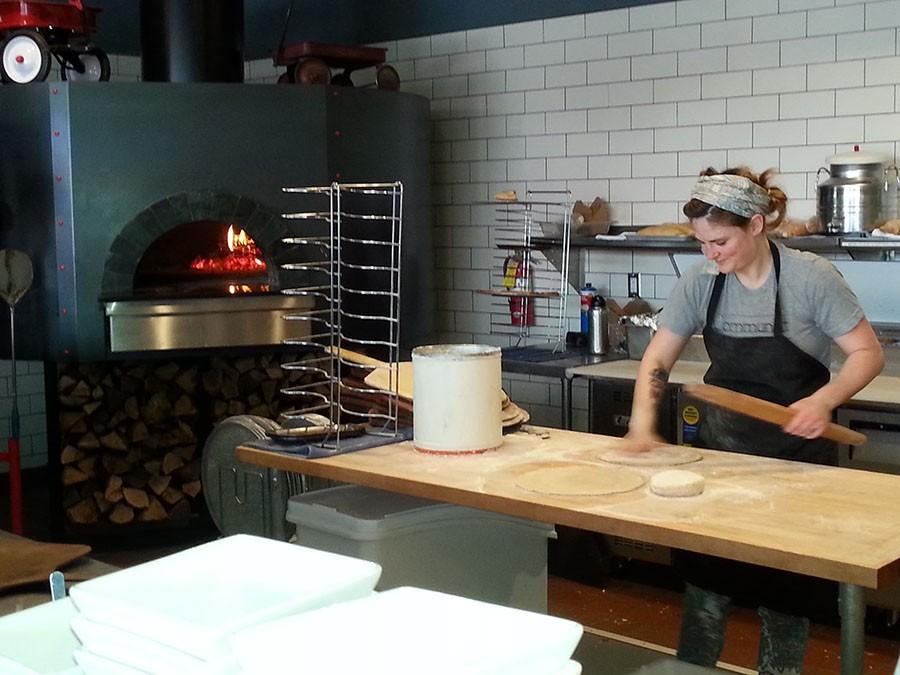 Minneapolis has more pizzerias than it has bikers in the car lane. But much like the bikers, some pizzerias are appallingly imperfect. Like any new restaurant, the Red Wagon wanted to make a name for itself as one of the Twin Cities’ favorites, and lucky for their customers, this new pizzeria has proved to be exciting and new rather than the average Ragu-sauce-style pizzerias Twin City dwellers can find on any corner.

Pete and Jacquie Campbell owned a food truck that made a regular appearance at the Linden Hills Farmers Market. The non-traditional yet delicious pizzas soon gathered a large following. With the the popularity high, the couple were able to achieve their goal of opening a restaurant on November 21st of this year. 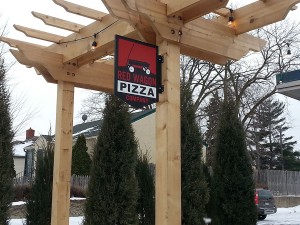 The 50-seat, charcoal interior looks like the average pizzeria: A grand wood fire oven placed in the corner of the room, a long bar with leather seats, and the mediocre  contemporary light fixtures. The menu on the other hand, is far more creative.

If kraut isn’t really your thing on (or off) pizza there are still plenty of options. Pepperoni Rolls, Baked Pasta, the Red Wagon Pizza are more traditional. The pizza has banana peppers, house made sausage, fig balsamic, and a fantastic crust. The crust was thin but surprisingly crisp, and had a smoky flavor that instead of overpowering the other components of the pie completed the entire essence. If the soggier and softer crust of Punch Pizza is a let down, then Red Wagon’s crust will give hope that yes pizza can be eaten without all the cheese falling off.

Another crowning moment during lunch at Red Wagon was dessert. The Annie Banannie is simply a “banana cream pie in a jar”. The sweet simplicity of this ‘pie’ is what made it so satisfying; layers of graham cracker crust and real bananas under layers of banana cream filling pressed together in a glass jar should be the future of all pies. It was refreshing and filling––Not to mention banana flavored in all the right ways. 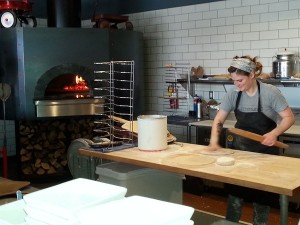 Grace Gyolai
If great pizza and a revolutionary dessert aren’t enough for you than maybe their impeccable music selection will persuade you. A mix of Stand by Me by Ben E. King, Cage the Elephant, and even some Black Keys is a soundtrack perfect for a meal of good food with good friends. Located on Penn Ave. S, and with a large outdoor patio with restaurant is suited for all seasons and anyone who wants to try new pizzas or try an old favorite with a new twist.

According to the owner Pete Campbell the restaurant is named Red Wagon because, like the classic child’s toy, it is “an american ideological image that transcends generations”––and I have to say I’d agree.