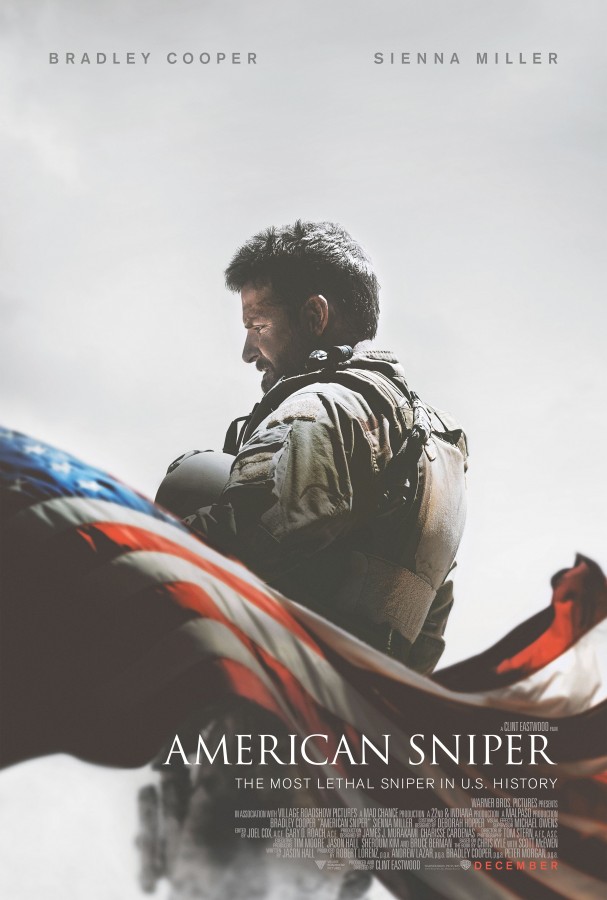 Clint Eastwood's "American Sniper" is a stunning spectacle that perfectly portrays the life of a struggling soldier.

When the screen goes black and Clint Eastwood’s “American Sniper” production ends, the initial reaction of moviegoers is utter silence. Despite being in the late years of his life, the 84 year old director and actor is receiving praise for his latest effort. Many will argue that Eastwood has just made one of his best productions since “Gran Torino,” produced in 2008. The film greatly depicts the connection between Clint Eastwood and Bradley Cooper with the Kyle family during the making of this production; Clint Eastwood put his heart and soul into “American Sniper.”

Chris Kyle, played by Bradley Cooper, comes across as an average southern ranch hand, born and raised in Texas, but little does the public know that “the legend” has the will to do anything in his power to protect his country. The heartfelt film keeps viewers on their toes and always keeps the moviegoer asking the familiar question: how difficult is it to fully recover physically and emotionally from war? The heroic Chris Kyle devotes a significant portion of his life for his beloved country, while doing so he’s looking for the man that was lost at war to become the man his family knew and loved, before the war. The motion picture depicts the great struggles of marriage between active soldiers that spend months at a time in deployment. Taya Kyle is an inspiration to all the women enduring the struggles of being the ultimate American wife.

Bradley Cooper emerges remarkably from the depths of his acting abilities to give an inspiring performance in such a powerful role. Chris Kyle’s constant fight to protect his country, be there for his wife (Sienna Miller), and watch his children grow places moviegoers in an active soldier’s position. Not one critic and spectator could depict how influential Chris Kyle and his family were and continue to be today. “American Sniper” is a must see motion picture this year and any other year, as it does not fail to touch even the hardest of souls.