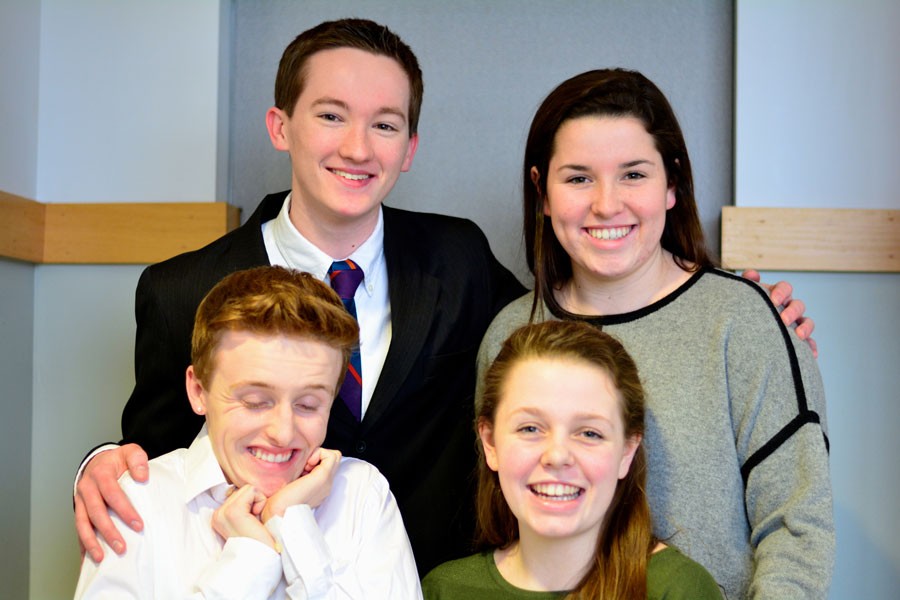 While most of us left school in anticipation of a three-day weekend, a few student actors and director Maura Brew stayed behind to perform the One-Act Play. BSM hosted the conference competition on tuesday, and hosted the sub section competitions thursday. Six schools from around the metro competed for a chance to go to sections next week. Three judges presided over the competition and scored all of the 35 minute plays. There are special rules to be followed, such as a short amount of time for set-up and a cast and crew numbering less than 20. However, those don’t seem to bother the participants. “It’s kind of fun to have those parameters that you have to work within,” Brew said.

The BSM team performed their rendition of Fallen, a play about a family with a son who has autism. “It’s really a play about dealing with an autistic young person, but it’s done in a very sensitive way that there are no neat answers. So I liked it because it’s very realistic; it’s a very real issue, and it presents the challenges in a realistic way, and also does not come up with any cheesy hollywood solutions,” senior high English teacher and director Maura Brew said.

The play also attempts to help people understand autism more, and Brew says that “we as a group have learned a lot about autism” by doing their work with the play. BSM will be moving on to sections next week.