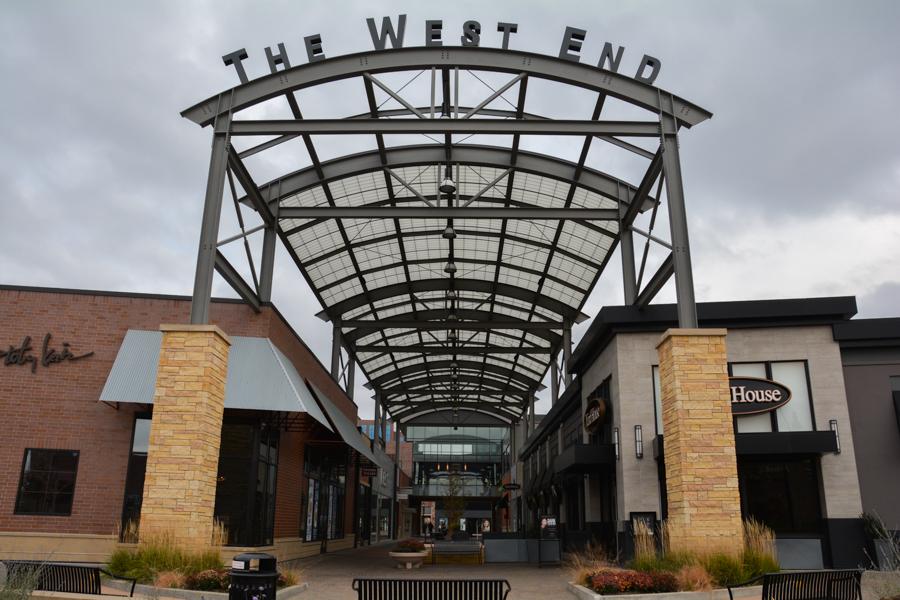 While The Shops at West End have experienced some successes, much development remains to be done. New development includes Minq Fine Fashion, Solidcore Personal Training, and Bonefish Grill. However, there is stil far more work to go, as much of the shopping center remains undeveloped.

For the past several years, The Shops at West End have been developing into an up and coming shopping center and a retail hub. Located just west of Downtown Minneapolis at the intersection between Interstate 394 and Minnesota Highway 100, it aims to be St. Louis Park’s latest mixed-use development, consisting of retail shops, restaurants, and social establishments.

The West End was built to create an exciting atmosphere for anyone looking to enjoy a bite to eat, shop, hear live music, see a movie, as well as work. “The idea was to develop a neighborhood [that provides] a variety of services including retail, hotels, apartments, and a mixed use of products,” said Dan Gleason, a developer for Duke Realty, which manages the West End development.

The $400 million project that was redeveloped by Duke Realty includes a grocery store, movie theater, office space and many other attractions. The area, as a whole, comprises about 14 acres of land in the city of St. Louis Park was formerly occupied by older office buildings.

Many people question the West End’s success, or lack thereof, as a significant amount of undeveloped space remains today. While some restaurants and stores are thriving, empty storefronts are unappealing to the public, and cast a negative light on the atmosphere of the area.

Gleason acknowledges that parts of the development are behind schedule, citing economic issues and delays in the plan. “One phase of the project includes building some more multi-use office buildings around Highway 394. These have not been built yet. We are also expecting another hotel, which has also not yet been constructed,” Gleason said.

One of the goals for the West End is the construction of a new, high-end apartment complex, which is expected to help the success of the area’s businesses. “More bodies living in the area brings more business,” said Gleason. “Having more people around should definitely support the development.”

Some new development is coming to the center, aspects of which have already opened. Minq Fine Fashion, a clothing store, and Solidcore, a personal training boutique, have both recently opened. In addition, Bonefish Grill, a national-chain seafood restaurant specializing in wood-grilled fish and a unique bar atmosphere, has also recently opened. Latitude 360, a food and entertainment café, will also be opening soon.

Gleason anticipates that these new businesses will succeed, augmenting the success of current businesses and sparking interest in The Shops at the West End. “The response from the community has been very positive. Restaurants are active and are doing well during the day and weekends,” Gleason  said.

The shops have proved to be popular among BSM students, primarily because of its location within a few minutes of BSM. “I like the West End; they have some nice stores if you’re looking to go shopping for cute clothes and then some cheaper stores if you’re on a budget and are just looking for simpler pieces,” said senior Adrienne Williams “The parking situation isn’t great just because of the total lack of parking space besides the ramp”.

Above all, it is crucial to recognize that despite the numerous empty storefronts, successful businesses at The Shops at West End have proven beneficial to the community. “Some stores are doing better than others but lots are more successful than we had anticipated,” said Gleason.