Laugh your way into shape 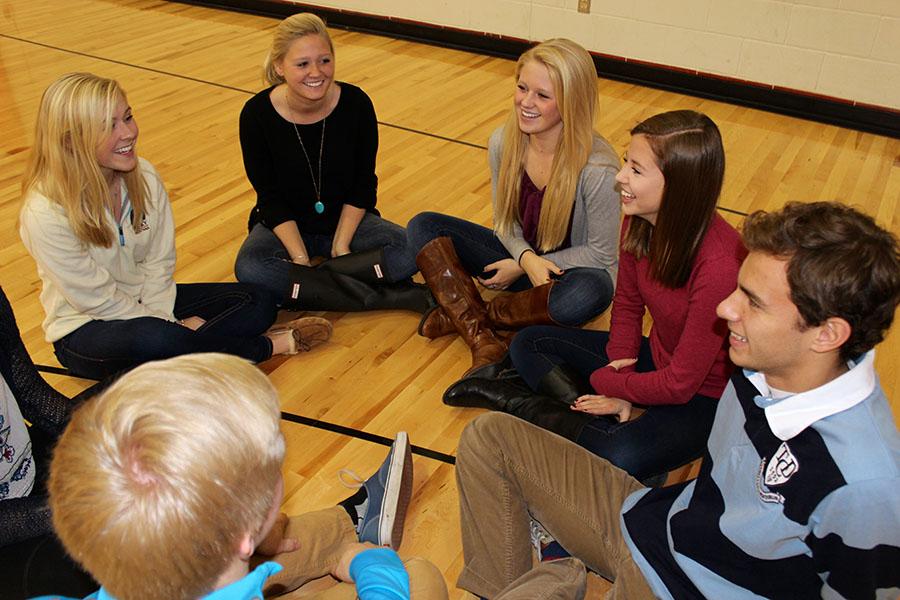 BSM students participate in the practice of laughing yoga.

On days where it is ridiculously cold, the homework is piling up, and spirits are low, laughter and happiness are rare. In the midst of stress, it’s often difficult to find one’s way out of life’s chaos and find a reason to laugh or smile. Thus, a solution is found: laughter yoga.

Laughter yoga, also known as hasya yoga, is a practice involving voluntary laughter. It helps to change one’s mood within minutes by releasing certain chemicals, called endorphins, from the brain cells. A physician from Mumbai, India, launched the first Laughter Club at a park in the 1990s with merely a handful of people. Today, it has become a worldwide phenomenon and is practiced in more than 72 countries.

Laughter Yoga is a single exercise routine that reduces physical, mental, and emotional stress simultaneously. It is a cardio workout, which brings more oxygen to the body and brain, thus  making one feel more healthy and energetic. By combining the exercise and relaxation of yoga with natural medicine of laughter, laughter yoga releases bodily toxins and alleviates stress.

Laughter itself is a powerful antidote; nothing works faster or more dependably to balance your mind and body. Humor also increases focus and, at the same time, inspires hopes. Going to a laughter yoga class has no negative side effects; it is pure health and joy.

Senior Maggie Conry attended laughter yoga classes around the Twin Cities and enjoyed this form of escape from the hectic high school lifestyle.“The best part of laughter yoga is leaving it. You don’t realize it at the time, but you are just so happy for no reason. You are so stress free, you are efficient, and you are just in such a good mood,” Conry said.

Although Conry has practiced laughter yoga only a few times, she highly recommends it to everyone. “I highly recommend going to a class. It is for everyone––people who aren’t good at regular yoga, or people who are experts. It doesn’t require anyone to have to bend over backwards. You can sit in a chair, walk and stretch. It isn’t very intense; it is meant to be fun,” Conry said.

So, if those rough winter days are taking a toll on you, try laughter yoga. Side effects may include, but are not limited to, prolonged cheerfulness and a good mood throughout the day.