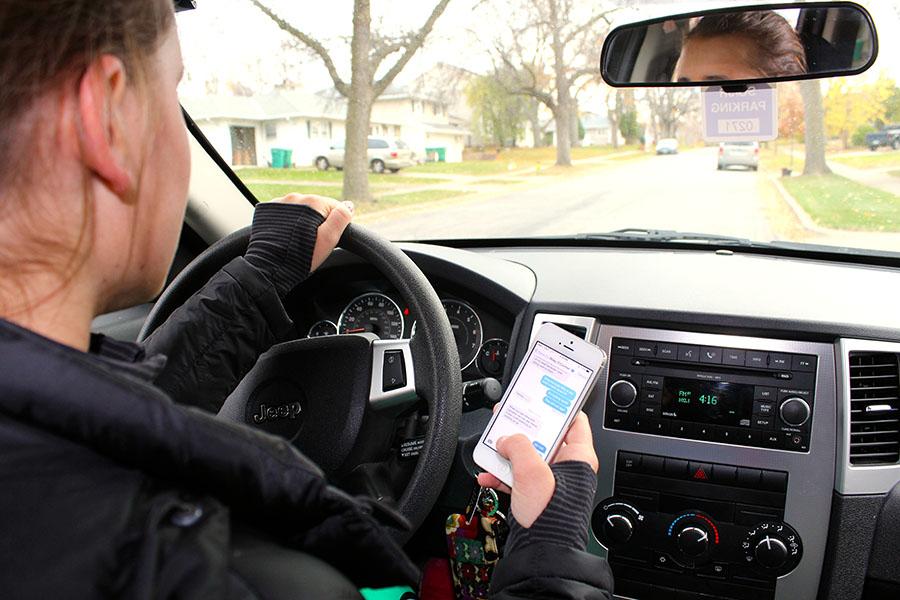 On Tuesday, September 30, juniors and seniors gathered in their respective homerooms to address, in great detail, the problem of distracted driving.

According to the Centers for Disease Control and Prevention, distracted driving is the act of driving and doing another activity that takes one’s attention away from driving.

It is described as having three categories which a driver may fall into: visual, manual, and cognitive. Thus, distracted driving could range from looking at a passenger in the car to changing the song on one’s phone.

This ever-growing problem is present not only at BSM, but everywhere. “Distracted driving as a society is a problem,” Mrs. Mary Andersen, Senior High Assistant Principal said.

Minnesota currently is one of a few states that employs strict distracted driving laws in regards to cell phone usage, especially among teens. As licensed drivers in Minnesota, persons under eighteen can have a graduated drivers’ license. The graduated drivers license became effective in January of 1999 and acts as a provisional license for minors who passed the road test.

The provisions of the license include no cell phone usage at any time, even when using a hands-free system, no more than one passenger for the first six months while driving, and no driving between midnight and six unless accompanied by an adult over the age of 20 or driving between home, work, or certain school events.

Once a driver turns eighteen and receives a full drivers license, the rules are slightly lifted in regards to cell phone usage, but still play a pivotal role. Drivers may use their cell phone to make calls but are not allowed to send text messages, check email, surf the web, or perform any other activity.

Mr. Fran Roby, guidance counselor at BSM felt similarly. “We know that the rate of accidents nationwide for young drivers is very high that’s why we feel that going off those statistics we feel that [distracted driving] is an important subject to bring back to students,” said Roby.

In conjunction with Knightlife, the BSM Administration put on the [distracted driving] event to juniors and seniors to reaffirm what they already know about it and the hazards associated with it.

The event was conducted during the block period and put on in the students homerooms. “We wanted to have students be able to react to the video, think about it, talk about it, and hear the reactions of other people in their class. That’s hard to do in a large large group like all of the seniors together. People are reluctant to share personal stories; in homeroom, it’s small enough that more people would feel comfortable talking about the videos, their own lives, and their own driving habits,” Roby said.

The students were required to watch a forty-minute video created by Oprah that interviewed victims, their families, and people who have driven distracted and been punished for that.

The video was brought to the administration’s attention by long-time substitute teacher at BSM and drivers’ education teacher at Elite Driving School, Mr. Steve Setzler. “He was telling me about the Oprah episode, and he had a video tape of it. When the counselors were planning it a few weeks ago, we thought it would be good for students to see,” Roby said.

Distracted driving is a problem that will not go away easily with the ever continuing developments in technology. Through continuous awareness such as speakers, presentations of statistics, and advancements in the legislature stiffening the punishment for offenses, the problem can be curbed. “I think you would have to inform people like they do in classroom drivers’ education, and they then have to decide beyond that point whether or not they want to be  safe drivers,” Bliss said.