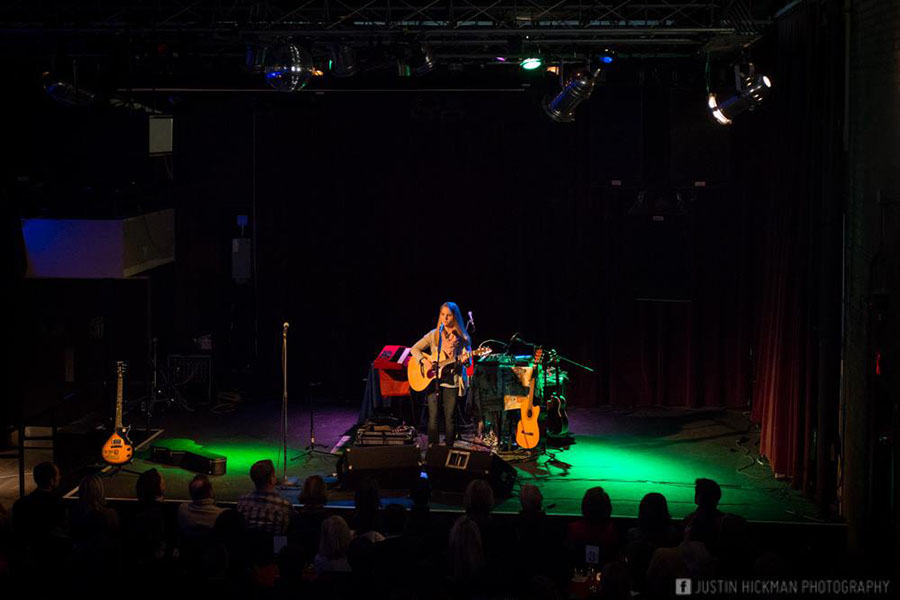 After playing many local shows, Kupchella looks forward to a new album and more touring

At age 15, sophomore Elizabeth Kupchella has already released cover songs and performed at multiple venues throughout the Twin Cities––all while managing to run on BSM’s cross country team and participate in various school clubs. Despite her young age and busy schedule, she has big plans to release a full-length album in early to mid spring of 2015.

Throughout her childhood, Kupchella was constantly immersed in music; her own grandfather played the guitar and recorded covers of songs. “The inspiration he gave me was that one can have a connection with music; he relates so strongly to his music,” Kupchella said.

Although the process of making and polishing up an album is tedious, Kupchella enjoys the challenge. “[Music is] something that you’re never done with. You can spend days and you can spend hours,” Kupchella said.

The album features eight to ten songs, which are inspired by local Twin Cities artists and their music styles. Nevertheless, they are written by Kupchella herself, who used her own life experiences to form them into songs that aim to express her emotions and personality. “Writing has meant so much to me and it’s a staple of originality,” Kupchella said.

With her newly released album, Kupchella hopes to tour different cities this summer, where she has already built numerous fanbases. “If you want people to remember that you can put on a good show, you have to go back there every six months or so to remind them. One of the biggest things in this business is consistency. You have to put yourself out there,” Kupchella said.

With any new adventure, however, comes its fair share of nerves––and Kupchella is by no means an exception to this norm. Not only is she worried about the tour and the logistics that come along with it, but Kupchella is concerned with whether or not her upcoming album will appeal to her fans and the bigger pool of listeners. “There always are nerves. If you don’t have any nerves about it, you’re probably doing it wrong,” Kupchella said.

By releasing a full album of her own, Kupchella feels more serious about her career and is eager to take the next step in sharing her first full album with the community. “I think by putting my music on an album, I am, in a way, advertising myself on a more serious level,” Kupchella said.